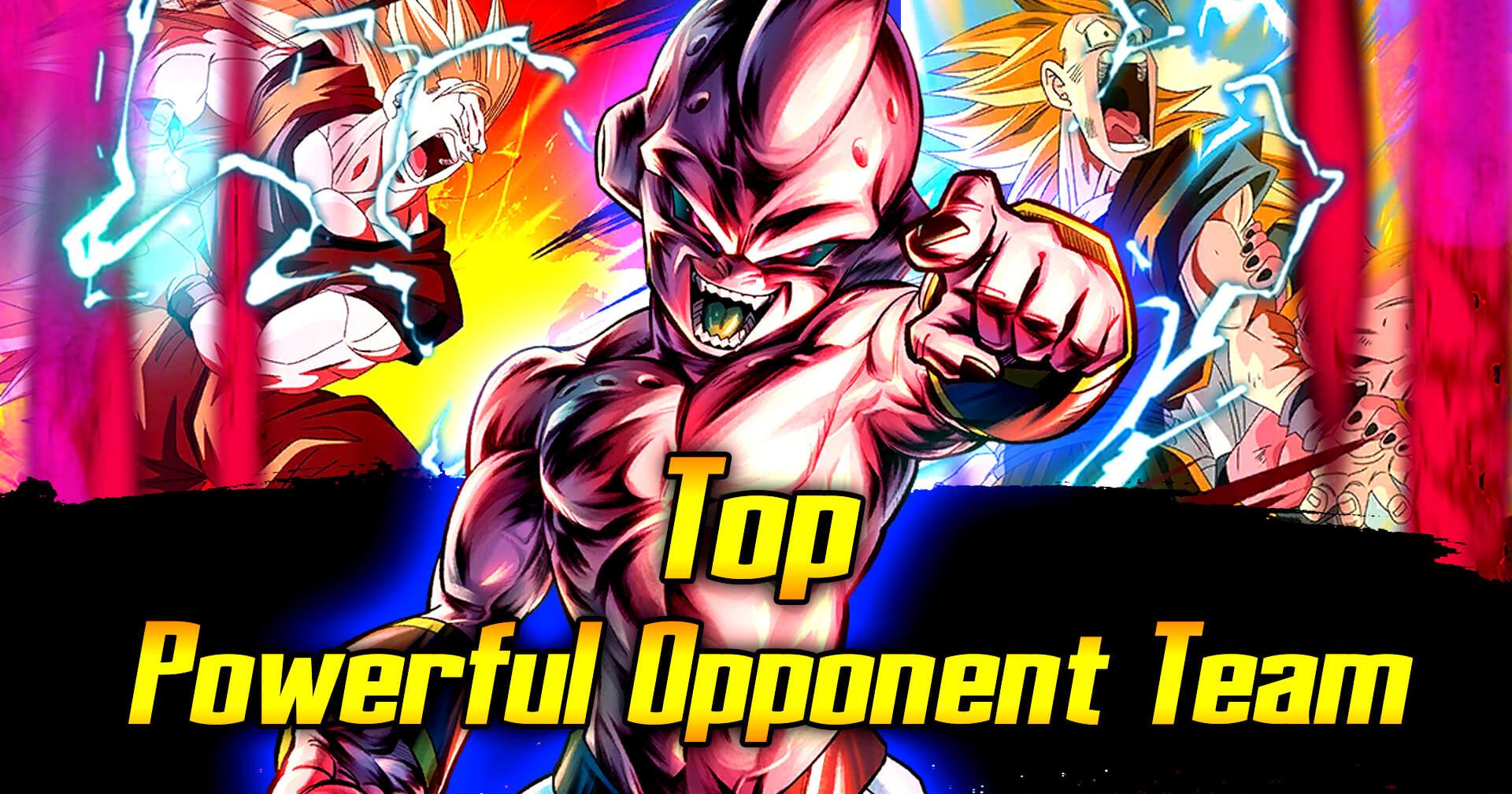 Powerful Opponent is a Team that has many different types of Fighters, and as such it can be said that it has various identities: you can either go full Blast, full Strike, or do a mix.

Having said that, it has a couple Fighters that are good enough to be considered staples in most cases. For example, LF Perfect Cell thanks to his capability to directly counter some of the best Teams in the Game, through his sheer Damage output which gets amplified by valuable Anti-Tag Capabilities, and incredible Anti-Revive Effects which make him the right answer to the fearsome Hybrid Saiyans.

In general, Powerful Opponent has established itself as a Team full of Fighters that benefit from plenty of utility in their toolkit, specifically Dragon Ball Destruction is the niche that's really helping them right now in the Meta, as it boosts their Rising Rush control capabilities. Both the already mentioned Cell and FP Frieza are very important Fighters for that exact reason. Paring those two with a Tank like Boujack is a great choice, as it's a trio that allows you to take an offensive approach while having rock-solid defensive tools too.

A more peculiar choice would be the mixed Core with 1st Form Frieza, Ape Vegeta, Kid Buu and FP Frieza, which combines great Supportive capabilities with some nifty Defensive options ( Vegeta Endurance + FP Frieza Dragon Ball Destruction ) and a couple aces up its sleeve that can really turn the tides of a battle.. Something that has to remembered is that, since 1st Form Frieza needs a Frieza Force/Lineage of Evil ally to unlock his Support for the whole Team, the mixed core is filled with Fighters having one of those tags.

The addition of SP Kid Buu GRN to the mix has also been really valuable, since he's without a doubt one of the Tankiest Fighters on the Team. Considering he also Supports, he's a fighter who can reliably cover multiple roles in pretty much any Powerful Opponent lineup, so he's the classic "glue guy" that really sets a balance for the Team, both in the Strike and Blast variant of the Team.

The Strike variant of the Team sacrifices a bit of utility for better Damage, as Demon King Piccolo is considerably deadlier than FP Frieza, but lacks flexibility in terms of all-around Effects. Still, he single-handedly enables a very reckless approach to Matches that can annihilate most Teams, thanks to his Dragon Ball stealing Main Ability coupled with Anti-Endurance, meaning his Rising Rushes can only be Tanked by Revive Fighters.

Overall, the Team is steadily getting better, and now that it finally has various options to be used, the only thing it truly needs is more accessible options for the Team, as most of the Core Fighters are LFs.

He's still a really strong Offensive Fighter who can also stall incredibly well thanks to all of his Card Draw related Effects. Sadly, he has a pretty bad Z-Ability for the Team.

He's a decent Strike Based Fighter with nice Anti-Cover Effects and Blast Armor that always comes in handy, but he falls short compared to Goku Black overall, even in a Strike based composition as the latter can still do very good Strike Damage while having a much more resourceful toolkit than Jiren's.

His Offensive capabilities are quite high, especially against Saiyans, and his Debuffs combined with his Extra Move make him quite annoying to face all around. However, due to his terrible durability, he can feel pretty bad on a Team like Powerful Opponent, which doesn't have the means to properly Cover him most of the time.

Bleed Effects and Anti-Endurance make him a Fighter that can take opponents by surprise, but he absolutely needs at least 6* to be a meaningful Offensive threat on the Strike Variant of Powerful Opponent.

At his peak, he's a really strong Blast Damage dealer that can continuously harass opponents thanks to all of his non-Damage related Effects as well. His only real flaw is that he's a slow starter due to the relatively harsh conditions on his Transformation Main Ability.