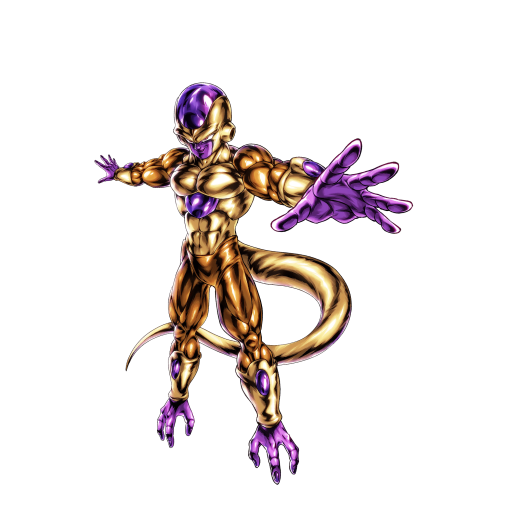 SP Angel Golden Frieza GRN isn’t a good defensive Fighter but he makes up for it by being able to heal endlessly as long as he draws cards.

He does insane Blast Damage and has the ability to go type-neutral on Blast Arts hit or Special Move Arts.

SP Angel Golden Frieza demolishes any Fighter that dares to Strikethrough his Blast Arts. He gets a 150% Blast Damage Inflicted increase whenever a Fighter with Blast Armor goes through his Blast Arts. This is super effective against high-usage Fighters such as UL Super Gogeta BLU, LL SP SSJ4 Gogeta GRN, and SP Full Power Jiren PUR.

SP Angel Golden Frieza PUR’s sustainability is one of the highest in the game, only being rivaled by LL SP SSB Goku and Vegeta PUR. Frieza heals 2% every time he draws an Arts Card while he’s on the battlefield. This can be amplified by SP Chilled PUR’s Z Ability and Lineage Of Evil have some good health restoration equipment.

He also restores 30% of the Damage received after an enemy's attack is over and his main Ability gives him a 30% heal along with 4 new Cards which he’ll get healing from.

Frieza’s defenses might not be good but he can surely survive for long periods of time if not taken down in a combo or two.

Damage Of An Emperor

As mentioned throughout his analysis, SP Angel Golden Frieza can’t take too many hits from top Meta Fighters as he could get killed in a combo or two. His healing makes up for it somewhat but you can’t heal if you’re dead in a combo.

SP Angel Golden Frieza is the best GRN Fighter for Lineage of Evil and is a staple on the team. He provides another level of offense to the team (not that they needed it) and allows you to take care of UL Super Gogeta BLU easily. His Z-Ability is also fantastic as he gives 35% to Blast Attack and Strike Defense to the team.

He’s also a Blast-based Fighter which is the current theme of LOE and adds to their already broken Dragon Ball Destruction capabilities.

SP Angel Golden Frieza is one of the core Fighters on the Universe Survival Saga team. He’s a fantastic Damage dealer and helps them control the opponent’s ability to Rising Rush a bit by destroying up to 2 Dragon Balls. Along with UL SSBKK Goku YEL and LL SP Full Power Jiren, Frieza makes USS a formidable team in the current meta.

His Z-Ability for the team is one of the best in the game as he directly buffs their Damage Inflicted by 3% while giving them 35% Blast Attack and Strike Defense.