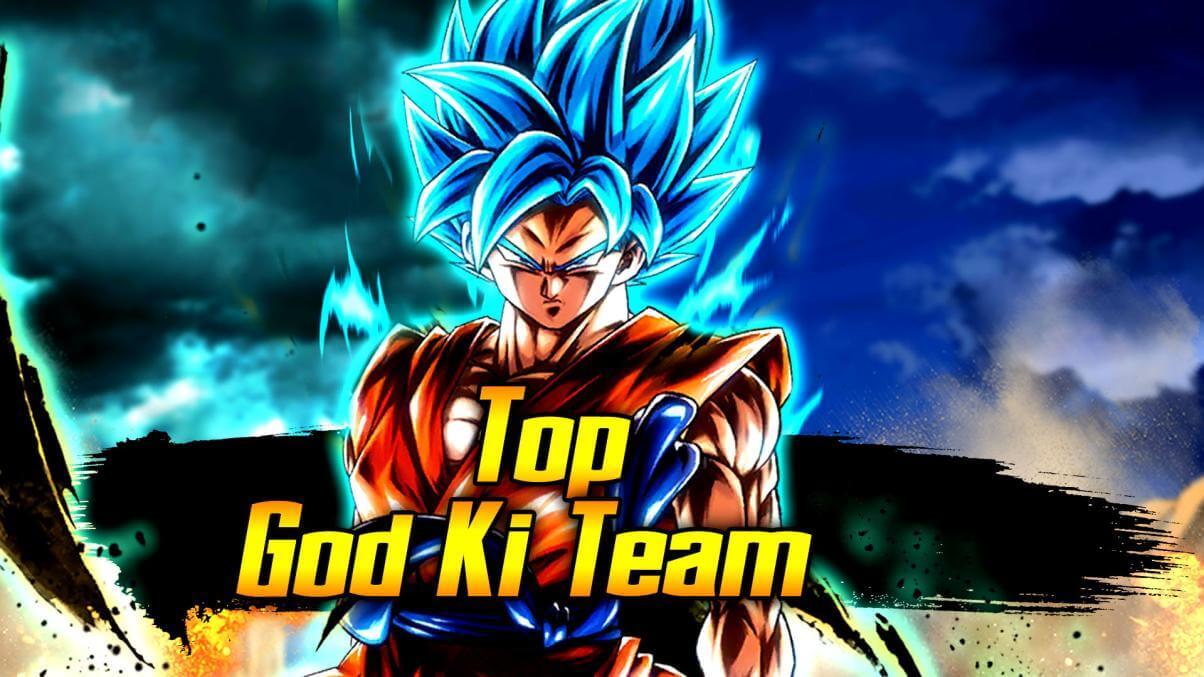 God Ki is a mix of Offensive options backed by very good Supportive Effects, and survivability mechanics that actually make the Team quite durable.

Pairing two Tanky Zenkai Fighters with Vados is just a recipe for success. In fact, SP SSB Goku BLU and SP SSG Vegeta YEL are both quite durable Fighters that have built in Healing Abilities, so Vados' impressive Healing Support on top of those things makes the Team unbearable to face at times.

However, this Team also can benefit from multiple LFs that scale incredibly well with stars. In particular, SP SSBE Vegeta YEL primarily and SSB Gogeta YEL  can become staples for this Team at 6*, since at that point their Offensive potential is as good as anybody's when paired with Vados. SP Corrupted Zamasu RED is very strong for the Team as well, although his durability at low Limit Break level might make it too risky to use him and Vados together. At 6*, he's just an incredible Offensive Fighter that makes it hard for the opponent to play through all of his gimmicks, and he doesn't die super easily anymore.

Truth be told, what truly pushes this Team to next level is Revive Goku at high stars, as he provides something that's borderline necessary for the Team at high ranks: resistance against Rising Rushes. In fact, Revive has always been a strong tool to counter powerful Moves, often not even because of it directly Tanking them, but rather because players are scared to waste their trump cards, so they end up delaying the use of those moves, which puts them at substantial disadvantage nonetheless. Revive Goku is probably the Fighter who fulfills such role the best, mostly thanks to Vados who can heal him for an entire Game, turning God Ki in a Team which can continuously mitigate Damage without taking major risks. His presence allows Vados to be used alongside another fragile Fighter, as the they can always rely on Goku to defend them.

All in all, God ki is a strong Team in any of its variants, but without Revive Goku it's bound to be directly inferior than Top Teams since its Defensive capabilities are limited in that case.

His Cover provides consistently great Combo disruption, and his Offensive potential stays pretty high as long as his HP% remains higher than his opponents'. However, while Vados makes this easier for him through consistent healing, he declines really fast if he receives a huge amount of damage in one fell swoop.

Dodge Mechanic and decent Offensive upside make him a good option for the Team, but his Defensive flaws are more glaring than ever.

He's a pretty good Blast focused Fighters that can also have an impact through his Debuffs and Substitution Counts reduction Mechanics. He's especially good in the Green Color Counter lineup alongside Beerus and Vados.

His Damage has gotten worse since the 2nd Anniversary, so he's not the unstoppable force we all dislike of remember, but at 6* he still holds up fine as his toolkit is good and versatile, so he provides firepower and utility to the Team. In particular, his capability to farm quick Rising Rushes through his Strike Card Draw is still unchanged.