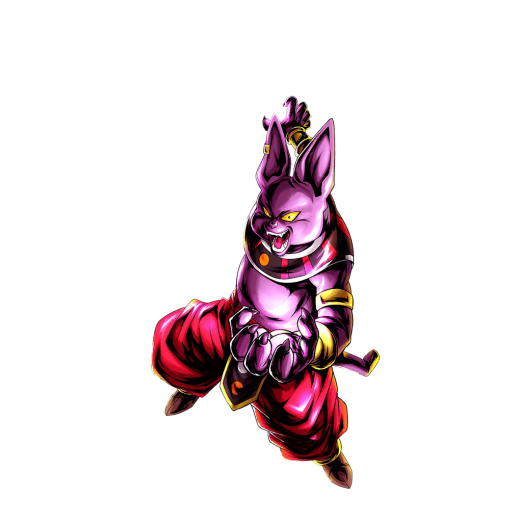 Champa makes his first appearance in Dragon Ball Legends as a Fighter of SPARKING rarity like his twin brother SP Beerus GRN. Champa’s release sees him at a much higher rank in the meta-game than his brother at the time of his release.
SP Champa is a master of debuffs, Blast Damage and is quite annoying with his Extra Arts Card which immobilizes enemies and his ability to shorten the sub count of his allies.

The God of Debuffs

As stated above, SP Champa YEL is a master at debuffing the enemy. Each time he comes onto the battlefield he makes the opponent take 30% more Damage, reduces the length of their combo by decreasing their card arts draw speed by 1, and increasing the cost of their cards.

This ability is very powerful because it forces your opponent to proceed with caution when Champa enters the battlefield due to them not wanting to receive any extra damage as that would be devastating.

Taking one glance at SP Champa YEL’s toolkit you could tell that this Fighter loves using Blast Arts. Upon entering the battlefield, Champa reduces his Blast and Special Move Arts by 10 and gains 90% Blast Damage Inflicted straight out the gate. Champa’s Blast Damage is one of the best in the game and with his debuff, it can get even stronger.

The Power To Destroy RED Fighters

SP Champa YEL’s main ability grants him neutral typing against RED Fighters, which if used correctly could turn the tide of battle. This ability is powerful against top RED Fighters such as SP SSJ2 Youth Gohan RED and SP Super Gogeta RED as Champa can deal significant damage to these Fighters when he removes the type disadvantage.

The God of Annoyance

As stated previously, SP Champa YEL is one of the most annoying units to face off against due to his ability to reduce his allies’ sub count each time he is hit with a Blast or Strike Arts. This ability is very useful as it can allow you to quickly rotate your Fighters and switch Champa out for a Fighter who can cover change against a specific Arts Card or a Fighter who has a type advantage against the Fighter who’s attacking Champa.

The new battle update has made this ability even better since players can switch constantly throughout an opponent’s combo.

His Extra Arts is one of the better Extra Arts in the game since it works like faint. It immobilizes the enemy which can allow you to Rising Rush a specific target or can allow Champa players to use their main ability and then use a Special Move Arts Card, which is quite common in PvP. It can also be used as a defensive option to negate incoming Strike or Blast Arts.

Can't Do Much With Strike Arts

Even though SP Champa YEL has 50% Damage Inflicted and a 30% debuff to the enemy, his Strike Arts does poor Damage due to his Strike Attack stat being very low, ranked 130th among all other Fighters in the game.

Defensively, SP Champa is not very good even though he has a 20% Damage Reduction. This is due to the top meta Fighters having insane Damage output.

SP Champa YEL is the secondary YEL Fighter for the God-Ki team due to SP Gogeta Blue YEL being released. Even so, he is a fantastic option to use for this team, especially when paired with his angel SP Vados GRN. He is most effective against the Saiyan team which sees the likes of SP SSJ3 Goku PUR who Champa can take care of quite easily. He also buffs the God-Ki team with his Z-Ability which makes him a good bench.

As with the God Ki team, SP Champa YEL is the primary YEL Fighter for the Rival Universe team. His synergy with the core members of the team is a bit off due to him holding 2 Blast Arts while SP Toppo BLU and SP Jiren GRN preferably want Strike Arts.

A HP Equip is a must-have for every Fighter.

Another must-have for Champa currently, providing him with a Pure Blast Buff. Alternatively, Explosive Clash can be used here.

This Equipment provides a large Base Blast Buff while also boosting his Special Move.

He’s a solid all around Ranged fighter with a debilitating main ability that Debuffs all enemies, but he's pretty bland overall. Due to the aforementioned Gohan and his blase toolkit, he's not expected to age gracefully.