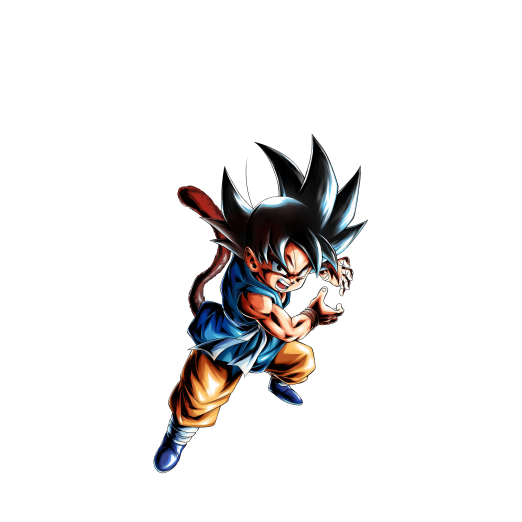 EX Goku PUR is a sleeper hit on the GT Tag, which, while already full of powerful Offensive Fighters, gives EX Goku PUR the Support he needs to shred through any foe. Thanks to his Chaotic Fist Unique Ability, Goku can stack an incredible amount of Strike Damage Buffs, making him clearly oriented towards a Strike-Based GT Team.

Unfortunately, EX Goku PUR is directly outclassed in his role by his ultimate Transformation, SP Super Saiyan 4 Goku PUR, but he is still worth consideration on any GT Tag Team's Bench. The Health-Buffing Z-Ability he brings to the table greatly assists the Team's survivability, cementing him as a Bench staple and an occasional counterpick Fighter if his skills in combat would be valuable in combat.

EX Goku PUR's claim to fame is his capacity to stack Strike-Damage Buffs with every Strike or Blast Card he uses. This Ability clearly implies that Goku fits best on Strike-Based Teams, Strike Based GT Teams in particular, as they activate his innate +30% Inflicted Damage Buff.

This variant of Goku's biggest issue is that he's completely dwarfed in effectiveness by SP Super Saiyan 4 Goku PUR. Even as a combo-oriented GT Fighter, SP Super Saiyan Kid Goku GRN surpasses him, assuming both are supported equally. None of Goku's toolkit, aside from his Z-Ability and Unique Abilities, are anything to write home about either, contributing to his lackluster combat prowess.

EX Goku PUR is a fantastic aspect of this Team, and is optimal on its Bench as a Health Buffer. While Goku can hold his own in combat, he is rarely the best Fighter for the job in any respect. That being said, he can be brought into any Fight where multiple Purple Fighters are set to be effective.

He'll rarely if ever see the field as long as SP SSJ4 Goku PUR is around, but is still a formidable Striker. This does the job.

Must have for any Purple EX Rarity Fighter.

One of the better double-Offensive choices available.

Despite having no business seeing play over SP SSJ Goku PUR, he’s still pretty solid on his own and his Z-Ability is crucial.