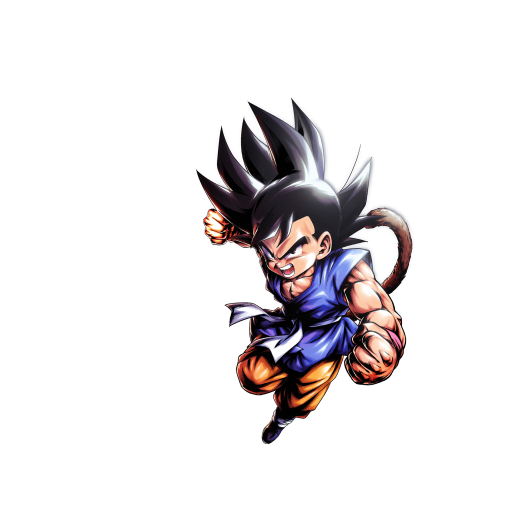 This Goku variant is the one that fought against SP Super #17 GRN, and comes with his iconic Dragon Fist in the form of a drawable Ultimate Arts Card.

He’s quite straight forward - the more Blast or Strike Arts Cards he uses, the more powerful his Ultimate Move becomes. Starting a Combo with an Extra Move is especially beneficial for his game-plan, as it increases his Card Draw speed, which pairs nicely his Ki Restoration per Card used.

He makes Comboing a breeze, but for an Offensive Fighter, he has some of the highest Defense and Health in the game as well, ensuring he’ll be sticking around for a while. His Damage is somewhat dependent on Extra Arts Card Draws, which can be an issue, but despite that set-back, Goku is a strong Fighter who can see Core play.

This Unique Ability describes his playstyle as a whole. He pops into the battlefield with a nice 40% Damage inflicted Buff, can land long Combos thanks to the 5 ki restoration he gets per used Card, and is able to top it off with a heavy-hitting Dragon Fist.

The Ki restore this Ability grants each of his Arts Cards adds up fast and can lead to staggeringly long Combos. If an enemy is caught in SP GT Goku RED's tornado of kicks, they won't be escaping unscathed.

SP Goku RED was fortunate enough to be given the aforementioned Ultimate Move through his Main Ability, which also comes with an instant 30 Ki, letting him immediately use it.

Activating his Main Ability creates a big momentum swing in battle, and has more than enough power to potentially eliminate enemy Fighters in a single blow. It is worth nothing that this Ability can be used strategically to destroy an enemy's own Ultimate or Special Move Arts Card, giving it an extra layer of flexibility.

Notably, this Card negates all Sustained Damage Cut and Endurance effects, so if this deadly strike finds its mark, it is guaranteed to leave one.

Despite being geared towards a hyper-Offensive playstyle, SP Goku RED possess Health and Defense stats that most Tanks would be jealous of. With the right equipment and Z-Abilities, Goku can function very well Defensively.

He does still require Defensive Teammates to shield him from hyper-Offensive Fighters, but he can hold his own Defensively in neutral match-ups.

The 40% Damage inflicted Buff he gets when he comes in does a good job making up for his average base Attack stats, but he still struggles in certain situations. It is best to pair him with Fighters that can ameliorate this deficiency of his, like SP Super Baby 2 BLU.

The fact that his main Damage Buff is ephemeral significantly reduces his applicability in Crisis Situations, where his Damage is woefully poor, especially after he has used his Main Ability.

SP GT Goku RED is a Saiyan, opening up synergy avenues like full Goku-variant versions of Son Family that will let him showcase his Strike Damage prowess. As a Son Family Strike Fighter, he synergizes very well with Fighters like SP Super Saiyan Youth Gohan YEL and SP Super Saiyan 4 Goku PUR, who can set up situations for his Main Ability to score an easy kill and Defend him from losing-color match-ups respectively.

Now that GT has become a well defined Tag, he pairs excellently with the Supportive prowess of SP Super Baby 2 BLU and the overwhelming Offensive hegemony of SP Super Saiyan 4 Goku PUR.

The three of them can shatter Defensively wanting Teams in an instant with their barrage of deadly Strike Damage. SP Super Saiyan GT Goku GRN's Blue-countering Utility helps the un-transformed GT Goku out quite a bit, even if their play-styles differ.

Goku works as a superb bench option for this Tag, providing Strike Defense and Attack in equal measure.

A must-have for any Strike-oriented GT Fighter.

A Pure Strike Equipment further increases Goku's Strike Damage Output, You're facing me now has the same effect but requires a SSJ4 Ally. If Goku is ran on the Son Family Team, It's all you, Gohan! can be used here instead.

SP Goku RED was made to be a counter to Androids, but they are not too drastically common in the Meta and he himself is underwhelming to boot. Players can safely stay away from Zenkai'ing this unit.