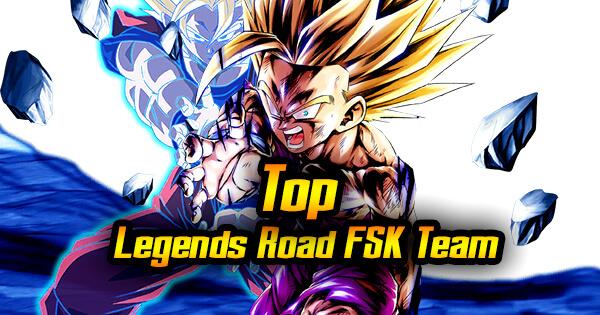 In an odd but Effective Build, SP SSJ2 Gohan RED finds a perfect place to erupt at full power. The Core works because all of the Fighters there synergize in some way, even if their main fit isn’t this Build. The Zenkai Abilities help the Ability Bonus a lot, as they give a lot of flexibility to pick Bench Buffs.

The point of this Team is that both SP Youth Goku YEL and SP Youth Trunks BLU are bulky, so they can cover SP SSJ2 Gohan RED well for most matches, and they’re also great Offensively even with a Blast Deck, since Gohan’s Support is very good.

High Ki Restoration and Arts Draw Speed allow the three main Fighters to constantly rotate Offensively and keep Combos going in early game, and in mid-late Game all Fighters having Crisis Effects really comes in handy. Specifically, the plan is to keep SSJ2 Gohan alive as the Last Man Standing since he just becomes unstoppable if he still has his Main Ability.

Despite the Team’s overall Tankiness, the lack of a Green Fighter still hurts the Team as there is no real way here to stop Fighters such as SP SSB Vegito BLU, however it certainly isn’t a big handicap as this Build is just excellent all around.

As new Legends Road Fighters come out, this Team will become even more powerful since most of them are either Hybrid Saiyan or Son Family.