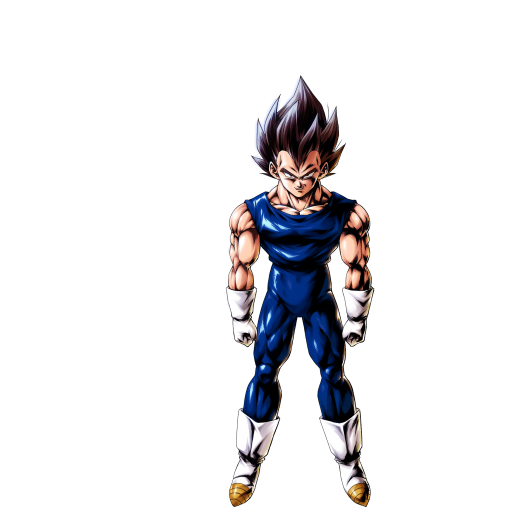 “You’re Number One!”. SP Vegeta YEL is a Support Fighter that is fairly similar to SP Vados GRN. He also has the ability to reduce sub counts for your entire team which can be used very strategically to get an edge on your opponent. Even though the Saiyan team is primarily Super Saiyans, this Vegeta has a very nice Z ability for the team and is a great addition to the Vegeta Family team.

The Number One Support

SP Vegeta YEL is one of the best Support Fighters in the game currently and as mentioned in the overview, is similar to SP Vados GRN. He heals allies by 10% three(3) times and 25% on his Main Ability which adds to the team’s overall survivability, restores Ki by 50 which is very good for prolonging combos between your allies. He also gives a 30% Damage increase which is a nice bonus for the Saiyan/Vegeta Family Fighters.

Each time this Vegeta gets hit, he reduces the sub count by 1 for Vegeta Family and Saiyan Fighters which will allow you to cycle through your Fighters quicker to gain a competitive edge against your opposition.  He can reduce sub count when he uses his Main Ability as well.

SP Vegeta YEL is decent defensively. He reduces enemy Ki by 50 (when changing cover) which essentially puts a halt to their combos. He also has a 30% Damage Reduction when he comes into the battlefield which is useful for taking a few hits.

SP Vegeta YEL’s stats are abysmal, and this is due to him being a Support Fighter. His highest-ranked stat is HP which is ranked 69th.

Due to his poor offensive stats, SP Vegeta YEL doesn’t output good Damage but as a Support type, it’s not that much of weakness but still a weakness regardless.

SP Vegeta YEL is the primary YEL Fighter for the Vegeta Family Tag, replacing Z7 SP God Vegeta YEL. His support is very welcome to the team as most of the other Fighters on the team have support as well. The main strength of this Vegeta on the Vegeta Family team is the fact that Z7 SP Trunks BLU and SP SSB Vegeta PUR have ways to reduce sub count and Vegeta also has this ability.

A HP Equip is necessary on almost every Fighter in the game.

Being a Support Type with a low Damage Ceiling, it's preferable to increase his own survivability rather than his Damage output so Vegeta can stay in Battle for longer and provide Allies with even more Buffs. This is the reasoning behind the Equip choices in the 2nd and 3rd Slot.

As mentioned above, the main reasoning behind this Equip is the double Defense Buff. Ideally a Blast Attack Buff should be rolled for the 3rd slot since his Allies will have far more powerful Special Moves.

He shouldn’t really be seeing the field too often as he’s mostly a Ki Battery with some bits and pieces of Damage and Defensive thrown into the mix, but his base stats and low percentages don’t really allow him to thrive in these situations. He’s an excellent Support through the aforementioned Ki Restore + Damage Inflicted when swapped out, but also due to his Team-wide Heal and and sub count reduction.