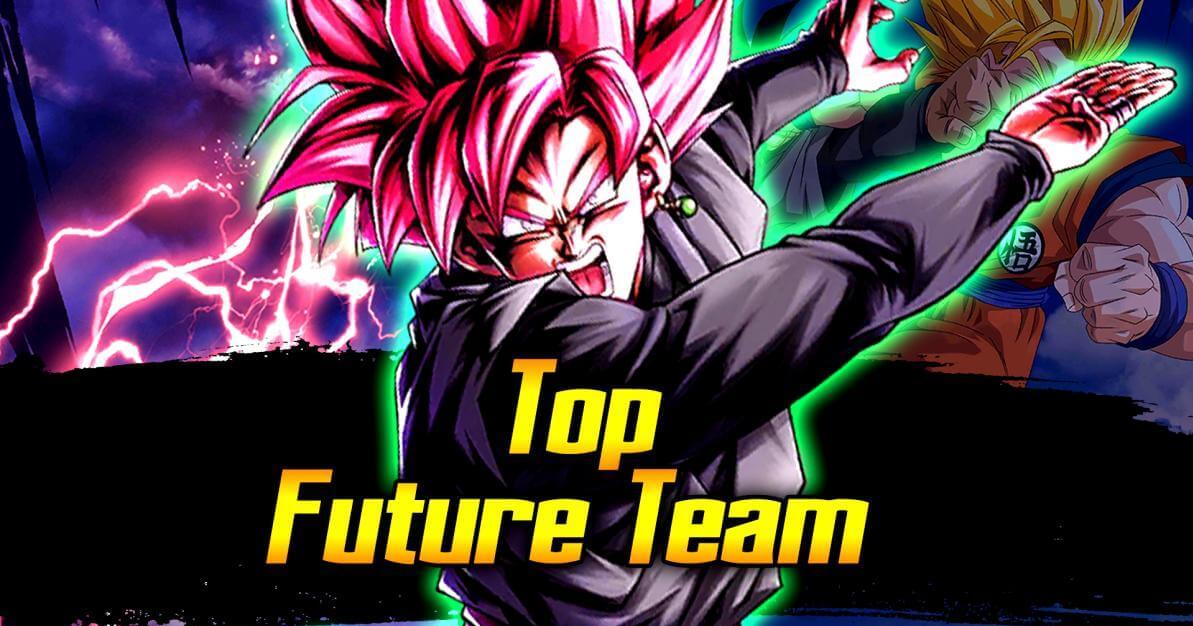 Future is a really good Offensive Team thanks to its Fighters having constantly high Damage Buffs, and thanks to all their utility that makes hard for the opponent to get a clear advantage over them, but it's also quite fragile unless it can benefit from high stars on most of its Fighters.

Specifically, SP Future Gohan YEL that really needs to be at least 6* to be the anchor Future can rely on, as his combo-stopping Cover Effects become really unavoidable when he's also Tanky enough to survive a few high Damage hits.

Generally, Future can be either Blast or Strike based depending on your level of investment on the Team: if all the LFs ( Gohan, Goku Black, Zamasu ) are 4-6*, then running a trio with at least two of those results in a powerful Strike based lineup with plenty of Defensive utility and annoying Debuffs. It's usually good to keep SP SSJ2 Trunks BLU in that core even though he's primarily Blast Based, since his pure Zenkai stats still make him a great all-around Fighter to use. Alternatively, he can also be replaced with SP SSB Vegito BLU for a more Offensive approach, as his gimmicks make it easier for the Team to keep the pressure on the opponent consistently high. The Strike lineup has incredible synergy in terms of Z-Abilities and Deck, which translates to very high damage for pretty much every Fighter involved. In particular, Cell and Zamasu are truly top meta Offensive threats here, and the comp still holds his own Defensively thanks to Gohan, and also thanks to Cell's Dragon Balls disruption capabilities.

That said, Future can also work without a Team filled with LFs, as SP SSB Vegito PUR and SP Goku Black GRN  pretty cheap options in general, and they set a basis for Blast Based Future, but at this point it's a decisively worse option than Strike Future as it lacks its utility and Damage ceiling.

Future is a Team that you wouldn't expect to amazing, and yet it is, at least in its Strike variant. It really bodes down to frightening Damage output and enough Defensive utility to keep the Core Fighters alive when they're put under pressure.

He fits well in Strike Future compositions thanks to his strong Strike Damage output and bleed mechanic tied to his Strike arts. Don't expect him to carry a game, but his impact potential is often underrated, as he has effective ways to put pressure on opponents too, like his Extra Move and Special Move.

He's an all-around Decent Fighter, who boasts pretty good utility and nice Damage output, but it ends there. He's a jack of all trades that doesn't excel at anything.

This Fighter is pretty balanced and won't slow the Team down if you decide to use him, as his Supportive Effects  are decent, his Damage Bufs ramps up noticeably by mid-Game, his Extra Move is resourceful, and his Ultimate Move is a strong nuke.