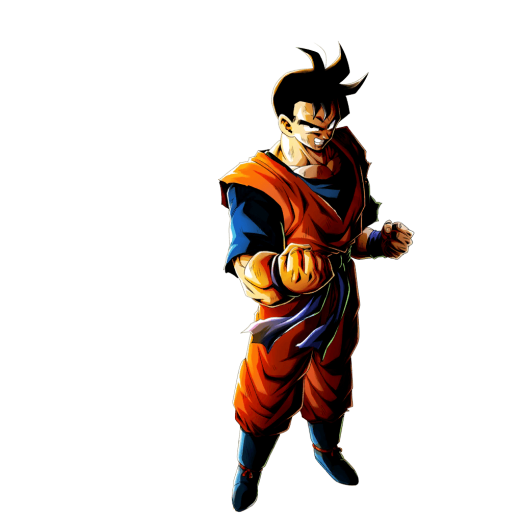 Following in the footsteps of SP SSJ Gohan YEL, EX Gohan GRN is yet another terrific addition to the Future and Hybrid Saiyan Tags and a much-needed Tank.

As a callback to the Anime, he gets a Blast Damage Buff when paired with a Trunks variant, which is easy to do with the myriad of Trunks variants.

With a great Defensive toolkit and a relevant Z-Ability, he is a serviceable Bench member for Future Teams.

Not only does he get a decent amount of Healing from his Extra Move, but his Main Ability Restores Health by another 20%.

Survivability is an important aspect of any good Defensive Fighter and EX Gohan GRN is no slouch.

Time and again, Cover has proven itself to be one of the best Defensive Unique Abilities in the game. EX Gohan GRN slashes the Damage received by 40% when switching in during an Enemy Combo.

This can make some Enemies attempt to end their Combo Early, allowing for an escape or counter Attack when timed correctly.

His overall stats aren't bad per se but he does suffer from poor Strike Damage and low Ki Recovery Speed. What makes the latter worse is that it can’t be helped through Soul Boosting or Limit Breaking.

On the surface, it seems like EX Gohan GRN is supposed to be a Trunks variant Support with a lean towards Blast Attack, but there are a few glaring inconsistencies with this toolkit.

He holds Mixed Arts Cards, and since the Trunks variant he would most likely be Supporting is SP Youth Trunks BLU—a Melee Fighter—he's not the most helpful.

And, his own Strike Attack stat isn’t too bad but when the rest of the toolkit emphasizes Blast, it feels more like a balancing measure for his Special Move to Buff Strike Damage.

EX Gohan GRN completes the Future Tag roster with his Z-Ability providing both Strike and Blast Defense Buffs after 5 stars.

However, his viability in the core is highly situational since the Tag’s SP rarity Fighters have much more to offer.

Since his Z-Ability doesn't offer anything to the Tag he’s most effective in the core with a place on the bench if the core has stronger Future options.

EX Gohan GRN offers great protection to his fragile Teammates so they can dish out the massive Damage they're designed for.

While EX Gohan GRN is listed as a Defense Fighter, he has a multitude of ways to Boost his Blast Attack and do a reasonable amount of Damage, making this a nice well-rounded option.

Awakened !!! can be used instead if he’s used with other Hybrid Saiyans.

EX Gohan GRN has excellent survivability but also does quite a bit of Blast Damage if utilized with a Trunks variant. Regardless of the last slot, this Equip is essential.

EX Gohan GRN isn’t great, but he's OK. His toolkit doesn’t really fit the Meta nor does it give him a chance at cracking the core. The release of SP Gohan GRN and revival of SP Mai GRN make him impossible to bring along into a Match, and his Z-Ability is now possessed by a much better Fighter in SP Goku Black PUR.