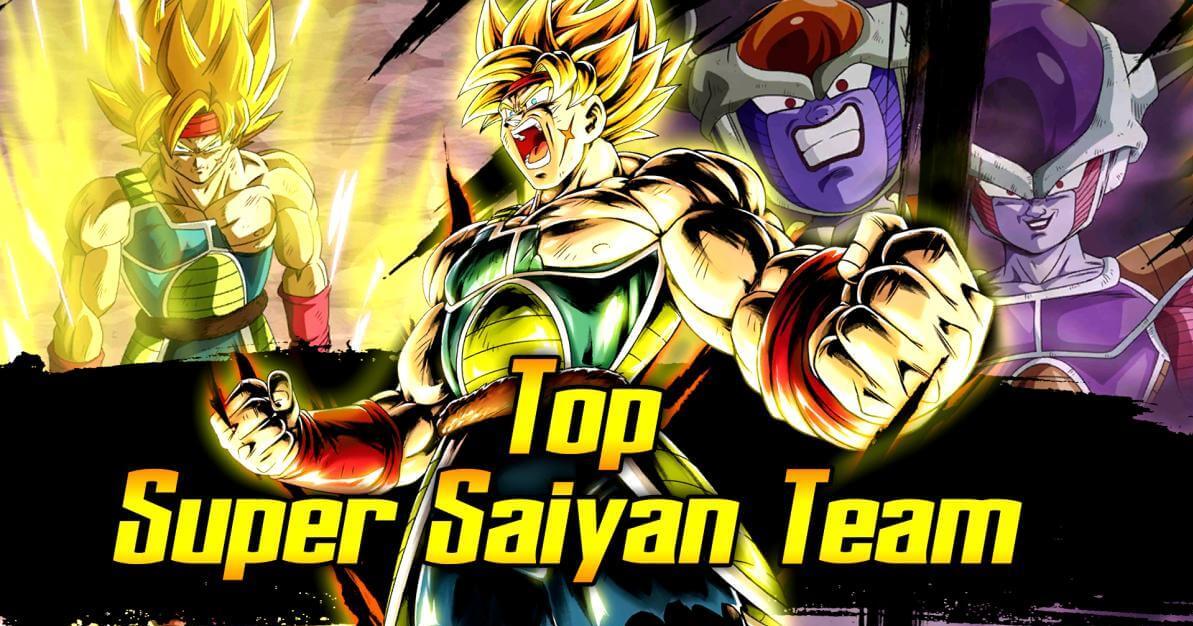 Super Saiyan is one of the most underdeveloped Tags in the Game, however its obvious ties with other Tags make it a pretty diverse Build nonetheless. In fact, it can boast multiple possible Cores that can all compete at the same level.

The one that probably shines the most at the moment is Bardock and double Gohan, since that's the Super Saiyan Build which mixes Offensive and Defensive potential in the most balanced way. The Gohan variants take all the credit when it comes to providing Defensive tools, as it's pretty straightforward to see how a mix of Endurance, annoying Cover Effects and Revive can negatively impact the opponent's Offensive performance. Thanks to Bardock, the comp stays at very high Offensive levels, even considering that Revive Gohan is a Fighter that primarily relies on his Transformation to do major Damage.

Other Builds are generally cheaper since they involve more Zenkai Fighters.

Zenkai Super Saiyan is still a fantastic Team offensively thanks to how well Gogeta performs alongside Bardock, while LSSJ Broly GRN provides much needed Defensive utility. SP SSJ Broly PUR also fits well in this mix as he's a Fighter who provides both Offensive value when paired with Bardock ( constant Elemental Disadvantage removal make his Crit Damage basically impossible to stop, the opponent has to take the beating no matter what ), and also his massive Health pool makes him decent at taking too.

Alternatively, Blue Color Counter is an option that can work really well for Super Saiyan, with SP FP SSJ Broly BLU 6* being the definitive carry of this Build Damage wise. Primarily, Zenkai Abilities ( two for each Blue Saiyan ) make this composition quite Tanky, secondarily the constant barrage of Critical Hits can knock down even Teams with strong Green Fighters. In general, when paired with Bardock, Broly's Offensive capabilities are really reminiscing of SP Android #18 YEL's, as he just continuously forces the opponent to switch out through his raw Damage, which makes him regain Vanish and stack Arts Draw Speed Buffs among other things. SP Angry Goku BLU can also work in a Blue Color Counter composition, but his Offensive pressure isn't nearly the same as Broly's (although, he Tanks much more than him ).

Overall, Super Saiyan is arguably the Team with the highest Offensive ceiling in the Meta.

This FIghter fits well in this Build, especially at 6*, since his Defensive utility is constantly oppressive, and his Damage spikes up when paired with Bardock. His only problem is the bad Z-Ability for this Team.

He's a pretty Tanky option for the Team, and although his Damage is bad generally, Bardock's Support is so great he makes it look acceptable.

F2P alternative for Gogeta, the first Ultra Fighter ever released can deal immense Damage when his own high Damage Buffs are paired with Bardock's Support. His kit is quite basic, but the nuke potential is huge, don't be surprised if you see his Ultimate Move one-shotting Yellow opponents.