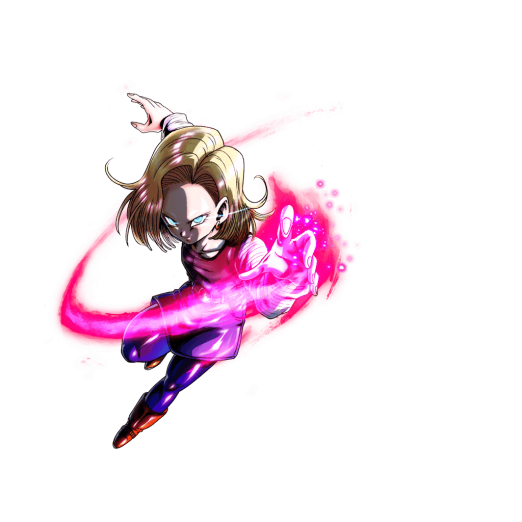 While an EX Fighter may not seem impressive, EX Android #18 GRN continues to hold one of the highest Blast Defense stats.

Her Unique Ability Boosted Vanish Step makes her hard to catch. Even if the Damage she deals is minimal, she can at least whittle down her Enemies over time.

Her Z-Ability ties her to the flourishing Female Warrior Tag and as a farmable max Health Buffer, she is a reliable bench for this Team

Her Z-Ability is pretty important for Female Warriors. Since this Tag is pretty fragile by nature, having both her and SP Mai GRN’s Health Z-Abilities on the Team is almost a lifesaver.

Also, it’s worth considering that having an EX Health Booster can be of great value in Events like EX-only Legends Battle Royal. In fact, Female Warriors was arguably the strongest Team for this event, and part of the reason was EX Android #18 GRN

She’s good-for-nothing on the field. Despite her Blast Defense being still very high, it makes no difference since her Health and Strike Defense are atrociously low. Also, despite her having some niche Vanishing Gauge-affecting Abilities, her awful Offense makes her harmless overall. She’s only a great bench option.

This Fighter’s Z-Ability points toward the Female Warrior Tag as her best option, but there are a few snags. A decent Team could be put together, but it would be extremely limited with almost no wiggle room.

As per usual, “Darn Androids…” will be used on any Extreme Green Fighter. EX Android #18 GRN especially loves the huge Boost in Blast Defense and Health.

The base Health Buff works well with her Extra Move, as she restores her Health by 15%. The 20% Strike Damage can give her more of an emphasis on Damage as well.

“Later.” can help rectify her bad Strike Defense and also give her more Defense against Saiyans. “No, You're Gonna Die!” can also be used to make her Blast Defense that much more obnoxious.

She buffs something important in Health, but since Female Warriors are completely out of the Meta, she'll be placed in Tier 3.