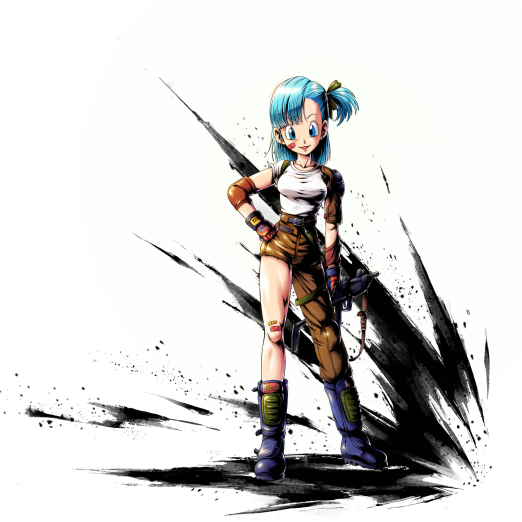 SP Youth Bulma BLU is a Support Fighter that holds two Blast Arts Cards. Just like in the series, she has some particular Abilities that make her very valuable.

Specifically, despite her stats are below average, the Damage Buffs she provides to the rest of the Team make her a must-have for Female Warriors.

However, this SP Youth Bulma BLU must be used carefully as her low Health and Defenses make her a fragile target for the Enemy.

Her Assist Unique Ability Buffs the Damage inflicted by Female Warrior Teammates by 50% for 10 timer counts when switched to standby. This is one of the single strongest Buffs, so it really creates the opportunity to inflict enormous amounts of Damage.

Also, her Extra Move forces her to switch to standby, giving an additional 15% Damage Buff to Teammates, and her Girl Genius Unique Ability shortens her substitution count by 2 for the entire Match.

Healing is a very common Ability for Supports and SP Youth Bulma BLU is no exception.

Her Ultimate Move isn’t going to deal much Damage, but it’s always a useful option to have.

While SP Youth Bulma BLU’s Buff to Teammates is exceptionally high, her held Blast Arts Cards hold back many Team Builds. In fact, the Damage output of some powerful Fighters like SP SSJ2 Caulifla PUR and SP Ribrianne BLU significantly drops if they are forced to use Blast Attacks instead of their much stronger Strike.

Unlike other Fighters like SP SSJ Bardock BLU and SP FF Coora BLU, SP Youth Bulma BLU is can’t exactly hold her own on the field.

She has no self-Buffs and her stats are quite low. Using SP Youth Bulma BLU in the current Meta is almost like sacrificing a Fighter spot for a series of very strong Team Buffs. This has some nice upsides, but some dangerous downsides as well.

She’s a very easy target for most Fighters in the current Meta and her defeat also removes the Boosts she gives to Teammates.

While her Team Buff is amazing, she’s too much of a black hole to be an optimal option for this Team’s core. In particular, SP Ribrianne BLU having her same color makes it really hard for SP Bulma BLU to carve out a place on theTeam. Also, SP Mai GRN is a better Support Fighter than her for the most part.

SP Youth Bulma BLU is a Support Fighter but boasts a reasonably high Blast Attack stat. This Equip not only gives a huge boost to Blast Attack but the eternally good extra Damage to Saiyans for 20 timer counts.

Keeping a Support Fighter alive for as long as possible is important so they can continuously spread their various Buffs around, this Equip not only helps her durability but gives her even more Blast Attack.

A must have due to the 4 stat Boosts it brings.

EX Zangya BLU and SP Ribrianne BLU are better on the core, and the theoretical best Female Warrior Team can’t afford to keep her anywhere on the bench.