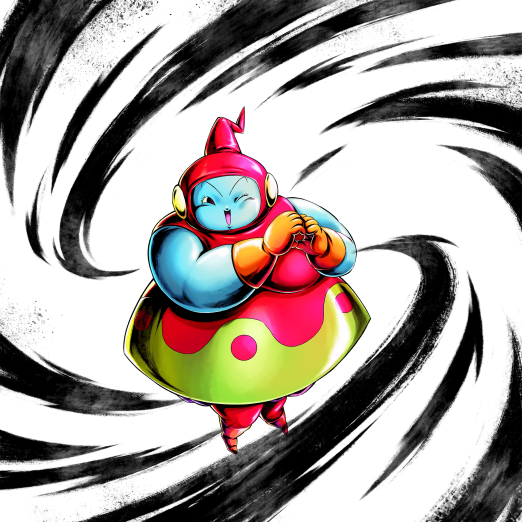 While the Dragon Ball Playerbase may have shaken the sky with its collective groan upon her release, SP Ribrianne BLU's power speaks for itself. Her balanced mix of Offense and Defense will prove the efficacy of the Power of Love, as Ribrianne boasts fantastic Crisis Utility, a number of combat tricks, and a plethora of excellent Female Warrior Teammates that can push her Abilities to the next level.

Upon entering the battlefield, Ribrianne grants herself a significant Sustained Damage Cut Buff and spreads a devastating Strike Damage Received Debuff to all enemies. Her Main Ability and Special Move Arts Card are both key aspects of the Warrior of Love's kit, as they each spread some of the game's most reviled Status Ailments.

Her Crisis potential, especially in tandem with the abilities of her best Teammates, SP Kakunsa PUR,  SP Rozie YEL, and SP Android #18 RED, is truly spectacular as well. SP Ribrianne BLU's theatrics may be disarming, but those who underestimate her true power are in for a swift defeat.

SP Ribrianne BLU's Damage Swinging differential she brings to the table is quite marvelous to behold. Her +30% Sustained Damage Cut on entrance combined with her already high Defenses can let her act as her Team's primary tank.

As an Offensive Fighter, her primary source of Damage Augmentation being Debuff spreading might raise some eyebrows, but the fact that her +30% Sustained Damage Debuffs impact the entirety of the enemy Team helps her and the rest of her Team considerably. Even if her target switches to standby, the switched in ally is also under the influence of her love-fueled Debuff. There is no escape from Ribrianne's maiden rampage.

Simply put, SP Ribrianne BLU's Main Ability is frankly overpowered. Many Fighters retained relevance in the meta despite their age because of their ability to prevent Enemy Switching for some number of Timer Counts. Ribrianne is the only Fighter that marries the power of Switch prevention with a devastating Ultimate Arts Card in one Main Ability.

This Ultimate Arts Card is no joke; It deals not just Massive Damage, but also Paralysis and Card Destruction. This is without a doubt the strongest part of Ribrianne's Kit, and the race wasn't particularly close.

Her Special Move Arts card, too, is notable for its packaged +15% Inflicted Damage Buff and Paralysis Infliction.

SP Ribrianne BLU's Crisis Utility is among the best in the game. Per Female Warrior ally that falls, she receives a permanent +30% Strike Damage Buff and a generic +25% Damage Inflicted Buff.

This means that as a last man Standing, or last woman standing, Ribrianne is an absolute Offensive tyrant with +110% Inflicted Strike Damage combined. That Damage output combos with the Death buffs of Ribrianne's fellow Universe 2 allies, pushing her damage output well beyond the average of Crisis Fighters.

As a Crisis Fighter that relies on visible Buffs, SP Ribrianne BLU is very vulnerable to Fighters with the ability to clear enemy Buffs. If she's up against a match-up against a Fighter with this utility, it might be best to leave her off the core, or at least maneuver her cautiously

Before her Crisis Buffs get going, she relies on spreading Debuffs for Damage output, and some Fighters simply negate Attribute Downgrades. This isn't a problem in every match-up, but against certain Fighters her power won't be noticeable until late-game.

SP Ribrianne BLU is one of the Female Warrior Tag's strongest Defensive Fighters and works well with most of its Strike-oriented members. She synergizes especially well with her fellow Universe 2 denizens, SP Rozie YEL and especially SP Kakunsa PUR. The three of them form a rock-solid core that has excellent early-game, mid-game, and late-game utility.

Other Female Warrior Fighters with more of a Supportive style like SP Android #18 RED or SP Android #21 BLU each assist with Ribrianne's Damage significantly and allow her to reach high Damage heights outside of Crisis scenarios. She and SP Evil Android #21 PUR can dominate their foes with their combined Strike Damage prowess. Altogether, SP Ribrianne BLU's power will remain a solid part of Female Warrior Team compositions for as long as the Tag is Supported.

This Equip is absurd on SP Ribrianne BLU, as she makes use of the Health as a Tank, the Strike Attack as a formidable Melee Fighter, and the extra Damage to Red Fighters just to beat them into a pulp that much easier.

This Equip supplements Ribrianne's less than stellar Blast Attack, and also augments her Strike Attack and the Defense of the player's choice.

She doesn't make much use of Blast Attack, but the Strike Attack and Defense makes it well worth it. The overall Ability Bonus provided by this Equipment is superb, and mandatory on almost every Female Warrior Fighter.