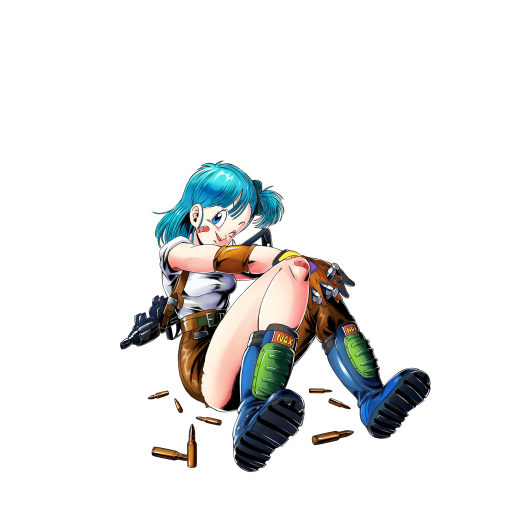 This Bulma variant from the original Dragon Ball Series is a seriously powerful Ranged Fighter, though she's not exactly equipped to take a hit.

The Female Warrior Tag has become something to behold as of late, with numerous Ranged options available to pair with her. Her incredible Blast Damage thanks to her base 20 Cost Blast arts and her random-yet-powerful Extra Arts Card let her overwhelm most frail foes, especially when luck is in her favor.

Though she is fairly one-dimensional as a combatant, her powerful Z-Ability keeps her relevant outside of combat as well. As far as Support is concerned, EX Bulma YEL doesn't have much to give, but she does add a Bleed-Inflicting Blast Arts Card to her Team's Deck, upping its overall DPS over time.

Her base Blast Attack is already pretty powerful but her Unique Abilities Buff it even higher by up to 80% if she is fielded alongside a Female Warrior, which is sure to be the case. Her low-cost Blast Arts give way to devastating combo Damage, which can be pushed even further with her Tag's ample Support Fighters.

Her drawable Extra Move also has a chance to Buff Blast Damage by another 30%, increase her Crit Rate by 50%, or give her a massive 70% to inflict Paralysis with her Blast Arts. This incredible package of effects are random, but give her a huge advantage regardless of what it gives her.

Even though her Z-Ability Buffs two stats, most Female Warriors can’t do much with Blast stat Buffs since they are mostly Strike-centric. Her Strike Attack is negligible at best, and she requires some Support help from the rest of her Team to salvage it.

While her Defenses are average but not too bad, her Health stat is terribly low and makes her a serious glass-cannon. She has access to some fantastic equip options to ameliorate this problem a bit, but it's not enough to make a difference in match-ups against overwhelmingly Offensive foes.

EX Bulma YEL is a great Core option for a Blast-oriented Female Warriors composition. She can benefit from the Support of the Blast-oriented Support core of SP Android #18 RED and SP Bunny Bulma GRN, both of which provide serious extra damage to the genius inventor.

As an Yellow EX Fighter, this equip is perfect for her. It gives significant Buffs to all relevant Stats in the game.

More Blast Attack and Bulk is appreciated. This Equip combines the two with an overall high Ability Bonus boost.

While Bulma's Strike attack is significantly lacking, the Health provided by this equip is simply too good to pass up.

EX Youth Bulma YEL was part of a recent wave of EX Rarity Fighters that are devastating in Combat and can supplement their Team with great Z-Abilities when she came out, but is now too old to compete. Her Z-Ability will be more useful when Female Warriors are.