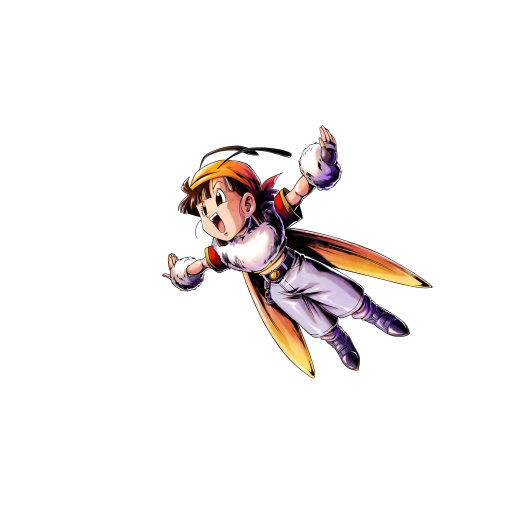 It’s been a while since Pan got a good variant, and this one is incredible--especially for an EX Rarity.

Her status effect infliction and Team Healing are certainly enough to make her a competent addition to a Female Warrior Team.

Female Warriors got a lot of strong releases frequently, but because of how inconsistently non-Saiyans Tags get the spotlight, there’s a strong possibility that EX Honey Pan RED will lose relevance through power creep--even now her stats are losing their sheen.

EX Honey Pan RED may not be a heavy Damage dealer on her own, but she makes up for that with an Energize Unique Ability that encourages frequent switching to Boost Damage and a 50% chance to inflict Bleed or Poison every time she uses a Blast or Strike Attack respectively.

Her Special Move has a 30% chance of Paralyzing, and all three attacks are Boosted by 50% when she activates her Main Ability.

The amount and rate at which she can inflict status effects make her too good not to use.

When the game first came out, it was impossible to build a Female Warrior or Hybrid Saiyan Team because they lacked Synergy and Equips, but EX Honey Pan RED has plenty of both now.

She’s a Support Fighter and her lack of Damage potential is balanced out by such a heavy emphasis on inflicting status effects, but power crept stats are a big problem in a game that's constantly putting out new Fighters.

Her Health is especially poor. Healing is based on a percentage of an individual Fighter’s max, so EX Honey Pan RED just won’t get Healed as much because she doesn’t have a lot to start with.

This is the most obvious choice thanks to her Unique and Z-Abilities. She gets a huge and persistent Damage Buff with Female Warrior Teammates and at 5 stars, she can Buff them for Strike Attack and Defense.

With a combination of status effect infliction and the Team Healing Main Abilities that are so common among Female Warriors, many of EX Honey Pan RED and the Tag’s overall shortcomings are overcome.

Beyond typical Support things, there isn’t a lot EX Honey Pan RED can do for this Team, especially since she is competing with SP Super Saiyan 2 Youth Gohan RED for a spot.

However, she can definitely get a lot from a Hybrid Saiyan Team because of well they Synergize.

This Equip will be used on most – if not all – Female Fighters with formidable Strike Attack. The huge Strike Attack Boost, Health, and extra Damage to Red Fighters make for an excellent and balanced Equip.

EX Honey Pan RED is a Support Fighter but truth be told, is quite versatile.

Whether the goal is to keep her alive as much as possible or utilize her Damage output, this is the best choice as far as purely Offensive options go.

Awakened !!! can be used instead if she’s used in a Hybrid Saiyan Team.

Because of the stat Buffs it gives, this Equip is self-explanatory and required.

When Female Warriors become more relevant, she could see a bump up to Tier 2. Until then, she'll be placed in Tier 3.