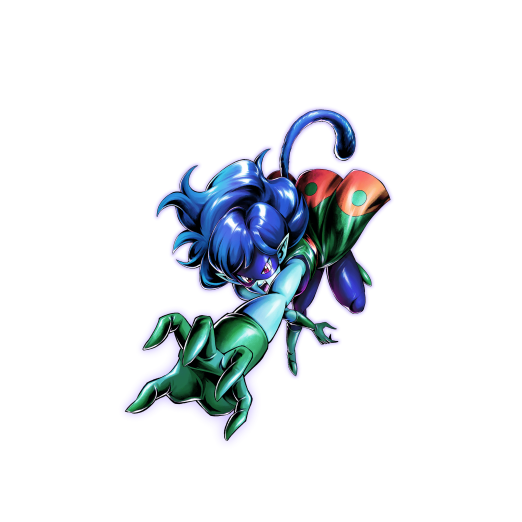 SP Kakunsa PUR is here to spread light and the Power of Love alongside her Universe 2 comrades, and her Strike Offense greatness is a major boon for the Female Warriors Tag.

SP Kakunsa PUR's power lies in her devastating torrent of Strike Damage derived from a constant Buff and Strike Arts Discount she maintains for the first 60 second of the Match.

However, SP Majin #21 PUR happened to directly replace her as the Offensive carry of the Team, so SP Kakunsa PUR's role is quite insignificant ath tis point.

Her Main Ability is a package of extremely dominant effects. It Restores her Vanish Gauge by 100%, Draws a Strike Arts Card, and also changes all of her Blast Arts Cards to Strike Arts Cards, setting up for a brutal punish.

While this only requires 5 timer counts to activate, this can be used at any point of the Match to halt enemy momentum, avoid a Rising Rush in neutral, or simply turn the tables of an exchange in a pinch.

Her Strike Damage output in the first 60 timer counts of the Match is quite impressive, even on a non Universe 2 Team she can rech quite high heights.

Considering her Ki Restore Mechanics and very good Offensive Extra Move, SP Kakunsa PUR packs quite a punch for you to have a big start in most Matches.

It’s not too much of a problem since she’ll be using Strike Arts most of the time, but her toolkit doesn’t do much for her Blast Attack, and her base stat is quite low as well.

A Bud to be Nipped

None of SP Kakunsa PUR's Damage Buffs are invisible, meaning she can be very easily trounced by Buff Negation Effects from a number of the game's most troublesome Fighters. If her Buffs are cleared early, her Damage output for the rest of the game is essentially halved, and she has no way of reclaiming it.

SP Kakunsa PUR is a gem of a Fighter with a number of excellent Team options thanks to her Z-Ability. Not only does it provide a sizable Strike Attack and Defense Buff to all Female Warriors, it also gives Strike Damage to Universe 2 Allies, which notably includes herself. This lets her act as an absurd Universe 2 Fighter or all-purpose Female Warrior Supporter.

It's a shame SP Majin #21 PUR replaced her directly, because her toolkit would've allowed her to stay very relevant even in the current Meta.

Any Melee Female Warrior will want this Equip, it's simply one of the best in the entire game thanks to its Buff to her Primary Offensive stat and Health.

SP Kakunsa PUR appreciates the Pure Buff this Equip bestows, as her numerous other Buffs to Strike Attack exponentially increase its potency.

Pretty good choice since it Boosts 4 stats, even if Strike Attack is not the highest it can be. Other Equips can be preferable to it, but the all-purpose Buff it provides is second to none.

SP Kakunsa PUR is similar to SP Golden Frieza GRN in the sense that she’s very early-game oriented, but she also manages to stay relevant the entire game regardless, even in death as she permanently Buffs and Heals Teammates when killed.

Similar to SP Ribrianne BLU, she has access to one of the most powerful Extra Moves in the game - Lovely Pose. This Extra Move Debuffs the entire opposing Team while simultaneously Buffing her own allies.