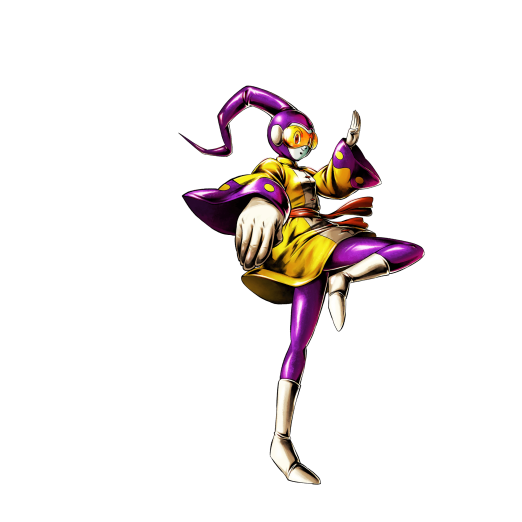 As a member of the Maiden Squadron, SP Rozie YEL is here to represent the Power of Love. Her power is nothing to laugh at, and she's the undisputed best Yellow Fighter on the Female Warriors Tag.

However, she works best when paired with other Universe 2 Fighters, a Team Composition which is not really optimal for Female Warriors at the moment. Also, she doesn't fit well with some other Core Female Warriors since the Team is mostly Strike-Focused now.

Don't Dare You Touch My Girls!

At this point of the Meta, SP Rozie YEL relies on her Crisis Buffs to be Effective Offensively, barring external Support -- which is common in Female Warriors Teams. In fact, if she can survive up to that point, her Damage becomes really good also considering how well her Arts Draw Speed +2 combines with her Main Ability.

I'll Lend You My Power

While SP Rozie YEL is primarily an Offensive Fighter, she has some nice Supportive Effects. In fact, she restores allies’ Health by 15% each time she manages to defeat an Enemy, she can Boost the Team’s Damage through her Extra Move, and she has some great Defeated Buffs that make the Teammore consistent in Late Match Situations.

As she can function in the mid-game, and either as a Sacrificial Pawn or a Crisis Fighter in the late-game, SP Rozie YEL is a versatile pick for your Team.

Her Offensive toolkit have some flaws that make her quite technical to use. While she can get rid of Strike Cards once through her Main Ability, the problem that the Team’s deck is Strike-Focused still remains. Her Strike Cards being able to inflict Paralyze is just not enough to make them even serviceable.

It’s true that once her Crisis Unique Abilities add up, she’ll be able to inflict great Damage generally, however especially in early Match she’ll be the weak link of the Team due to that problem.

Her Stats are all low, but the Defensive ones deserve a special mention. She's as durable as a piece of paper, which doesn't help her case as a Crisis Fighter since she's supposed to last long in order to take advantage of his Mid/Late Game Buffs.

On non-Universe 2 Teams, her power takes a hit and at this point of the Meta her early game flaws are very apparent, considering that her stats are just not good. She's mostly useful for her Double Boosting Z-Ability on a Female Warriors Team.

She can be accommodated well on Female Warriors Teams that feature SP SSJ2 Kefla GRN, whose ability to change Blast Arts to Strike Arts on entrance allows her to seamlessly integrate on Rozie Teams.

Let me show you!

A must have for SP Rozie YEL due to her being a Ranged Fighter that draws a Special Arts Card. The added Strike Defense also assists her survivabily.

This Equip is almost Mandatory on all Female Warriors on account of its fantastic dense collection of Buffs.

The added Defenses and Blast Attack provided by this Equip help Rozie stay in the game longer and allow her to function better on her own.

SP Rozie YEL preferring to use Blast Arts Cards shouldn’t be too big of a problem due to her Main Ability which  changes her own Strike Arts Cards to Blast Arts Cards. She also draws a Special Move Arts Card, enough Ki to use it, and it can inflict Faint to make matters worse.