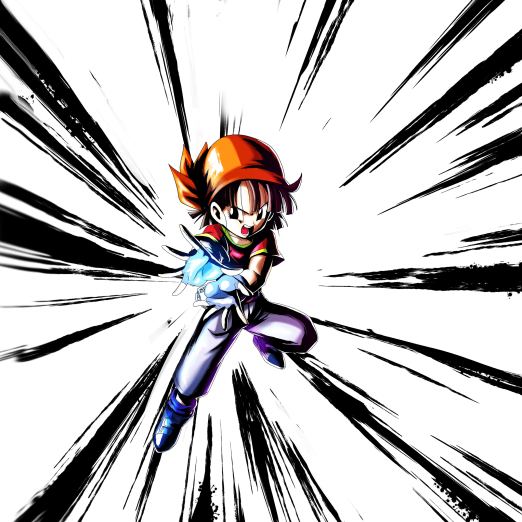 Even though she is the granddaughter of the great Saiyan Goku, EX Pan PUR just cannot keep up in terms of viability.

EX Pan PUR has a pretty interesting toolkit for an older EX Rarity Fighter. If it weren’t for her Z-Buff, she might have had a longer shelf life.

This Fighter’s toolkit is all about Ki and Vanish-Step Recovery, even Buffing Ki Recovery Speed for switched in Teammates.

This makes EX Pan PUR a little harder to catch, which is perfect since Vanish-Step is in such high demand since the Side-Step update.

She also gains Blast Damage Buffs from her Special and Extra Moves, making it a little harder to take her out.

Despite having a fairly interesting toolkit, little can be done about old and ineffective stats.

If EX Pan PUR were to see improvements in a future Balancing update, she might have more use, but for now, she’s a bench Fighter and a low priority one at that.

This Tag got a massive increase in Fighters and Synergy. The other side of that however, is that EX Pan PUR's spot on the bench is a little more rocky. This is especially true since Ranged Fighters aren't as valued in the Meta currently despite a few notably powerful Ranged Fighters. Her farmability means she's still an option for Players who don't have a complete SP Build.

Even if it doesn’t exactly dominate the Meta, the typical Android Team often has one or two Android #18 variants in the core lineup, making EX Pan PUR an excellent bench Synergy choice.

She only Buffs one stat, but a 20% Blast Defense increase at zero stars is nothing to sneeze at.

Due to the massive amount of stat Buffs this gives, it's the mandatory choice here.

Blast Attack and Strike Defense are obvious, but EX Pan PUR’s Strike Attack stat isn’t too far behind her Blast Attack, so that is a welcome addition as well.

Due to her stats, color within her respective Tag, and Z-Ability, EX Pan PUR has a hard time finding a home anywhere.