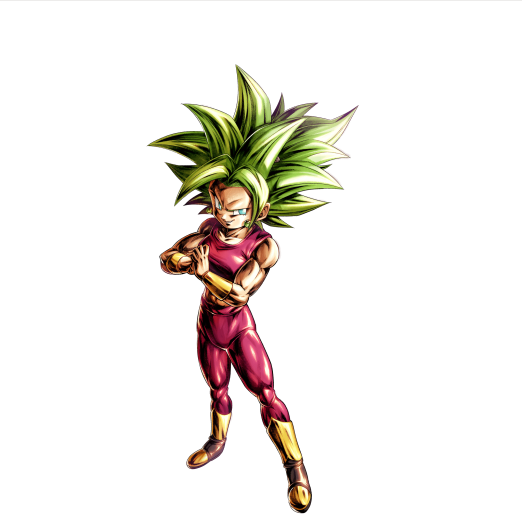 The fusion between Kale and Caulifla makes her second appearance in Dragon Ball Legends, SP SSJ2 Kefla RED is here to bolster Female Warriors to a top-tier meta team as she’s the perfect color that the team needs.

Different from her GRN color version, Kefla is a mixed attacker with high attack stats in both Strike and Blast while also having general Damage inflicted. However, SP SSJ2 Kefla RED has similar defensive issues despite having access to Damage reduction in various ways.

I Guess I'll Have To Crank It Up

SP SSJ2 Kefla has incredible Damage, she gains 110% Damage inflicted after she uses her first Strike or Blast Arts. This coupled with her offensive stats makes her a respectable Fighter. She won’t need ki when doing her combos as she has a 60% Ki recovery rate and she also gets 10 ki 3 times when she uses either a Blast or Strike arts.

Sadly, she does not have card draw speed to take advantage of her ki recovery and ki manipulation but even so, this is a good way for her to gain ki quickly as to not run out during a combo.

I Want You To Dodge!

SP SSJ2 Kefla RED has one of the rare unique abilities in the game where she gets buffs if the opponent evades her attack. She gains ki, a 20% Damage inflicted buff and she also gains back 60% of her vanish gauge which is sort of similar to SP LL Kid Buu BLU. This can allow her to vanish multiple times to throw the opponent off if they’re not careful.

She also draws an arts card if she has 3 or fewer cards in her which can allow her to clash arts or get the opponent in a combo. This unique ability is very good and sets up a lot of mind games between the player and the opponent.

Even though Kefla has Damage reduction from her unique ability and Special Arts, she still can’t reliably take hits as her defense stat is atrocious for a SPARKING Fighter. She’s ranked in the 112th for Strike defense and 146th for Blast defense.

As mentioned in the Overview, SP SSJ2 Kefla RED is the main RED Fighter for the team, replacing SP Launch RED. This team is built around being offensive and Kefla fits that criteria incredibly well. With the likes of SP Vados GRN giving her support buffs and Z7 SP Android 18 YEL’s monstrous Damage output, she has bolstered this team up the ranks.

The RED Fighter for this team is Z7 SP Super Gogeta RED and Kefla simply, cannot compete with him.

Kefla being used on this team brings about defensive worries unlike when SP Bergamo RED is on the team and he has a far better Z-Ability than Kefla. Even so, you can get some success with her on the team but in the high ranks, defense is crucial and Kefla lacks that.

This Equipment is a must-have on almost every Female Fighter due to the large Base Strike and HP Buff.

A self-explanatory Equipment choice here, providing Kefla with a massive base Strike Buff, with some Blast Defense and Special DMG.

A Pure Strike Equipment is essential with the previous Equipment providing such a large Base Strike Buff.

There’s no doubt Kefla is the main Girls red unit for a while, but she really doesn’t do enough to outright replace someone like SP Bergamo RED on Rival Universe and certainly has no shot of replacing SP Super Gogeta RED on Fusion Warrior.

Teams aside, she can output some devastating Damage, but her Vanish Restore Unique Ability requires a lot of expertise to pull off consistently. Similar to her green counterpart, she does have a lot of problems with survivability.