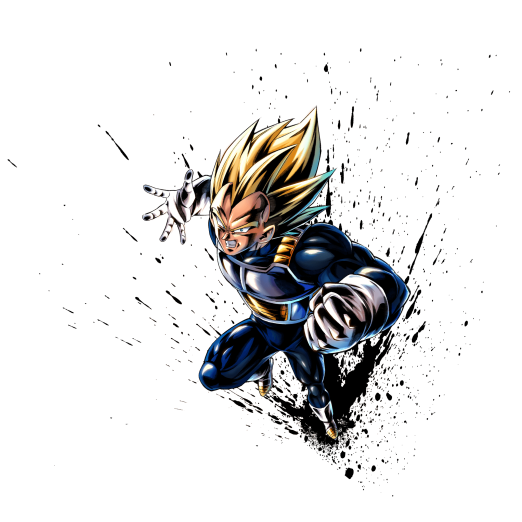 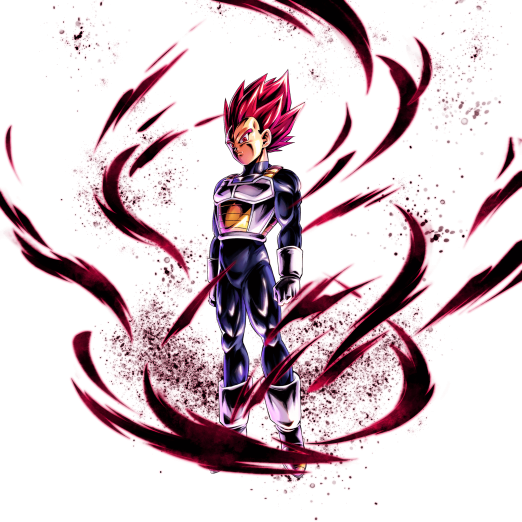 SP Super Saiyan Vegeta BLU is an interestingly crafted Fighter with a design that somewhat clashes with Legends’ Systems. That’s not to say that Vegeta doesn’t have multiple powerful aspects to his kit, but he comes up short in key areas that limit how well he performs.

Vegeta’s power lies in his ability to stack multiple Inflicted Damage Buffs at once and shred his opponents with his Blast Damage output. These Buffs accrue whenever the scarlet Saiyan draws a Strike or Blast Card, synergizing with the Card Draw Speed and Blast Card Discount he gets whenever he faces an enemy in combat.

The way Damage is scaled after each sidestep or pause in a Combo can outright neuter Vegeta’s Blast Damage output if he extends his Combos too long. Vegeta is strong, no doubt about it, but he’s hardly mandatory anywhere except on Vegeta Family’s bench.

SP Super Saiyan Vegeta BLU can overwhelm his Opponents if he gets a combo going, especially if his Enemies are foolish enough to run away, which only makes the red prince stronger.

With his Main Ability post-Transformation, SP Super Saiyan Vegeta BLU can instantly restore his Ki and continue to blast through with a fresh hand of cards and some Damage Buffs for good measure.

Vegeta’s trump card is his Ability to recover his Vanishing Gauge by an astounding 60% the first two times he avoids an enemy attack after Transforming, giving him enough time to fully regain his Vanish if he manages to postpone his enemy either by starting a combo or by smartly stalling.

The tempo advantage provided by this ability can be game-deciding in certain situations.

Vegeta’s long Combos have some inherent benefits, such as the acceleration of his Team’s next Rising Rush and buying time for his Allies’ Substitution Counts to elapse, but they simply can’t put up consistently high Damage numbers because of the way DBL’s systems scale Combo Damage.

Since Battle System 2.1 arrived, Combo Damage is significantly reduced every time a Fighter side steps or charges Ki during a Combo. Considering Vegeta thrives off of these long Combos, it’s hard to argue that his design isn’t inherently flawed to some extent.

He's absolutely capable of doing big Damage and leveraging an advantage, but the way he layers Buffs will inevitably lead to diminishing returns.

Needs Time to get Going

SP Super Saiyan Vegeta BLU requires some time to Draw Cards while in combat to increase his Damage. Unfortunately, this essentially prevents him from switching during an Ally’s Combo and crushing his foe immediately.

He also needs to Transform to deal impressive Damage, and his Transformation is one of the longest in the game. Vegeta requires a massive 20 Timer Counts to elapse for it to become available, which essentially prevents Vegeta from making a splash in the early game.

The Vegeta Family Tag that SP Super Saiyan Vegeta BLU fits best on is astoundingly fragile, and this new Vegeta does little to fix this flaw.

Vegeta himself is not able to take too many hits before he goes down. His 20% Heal on Transformation is his only source of additional bulk, and he's very susceptible to being eliminated in a single Combo string by the Meta's best Fighters.

SP Super Saiyan Vegeta BLU only Buffs the Vegeta Family Tag with his Z-Ability, which limits his Team options.

His inherent Abilities are not strong enough to justify his placement on non-Vegeta Family Tag Teams, which unfortunately means that this vermillion warrior’s impact is slated to be middling at best.

SP Super Saiyan Vegeta BLU very easily fits onto the Vegeta Family Team simply by having a Vegeta Family Z-Ability - which are scarce currently - though his viability in combat is up for debate.

He appreciates the Support from SP Teen Trunks PUR and synergizes brilliantly with SP Super Saiyan 4 Vegeta RED, who he shares play styles with.

In non-Blast based Vegeta Family builds, unfortunately SP Super Saiyan Vegeta BLU is outclassed in every way by SP Vegeta BLU, who has more bulk, which this Tag is desperate for, and better power in neutral match-ups.

Trunks and the two Transforming Vegetas can be used together to great effect thanks to their shared Sagas From the Movies synergy, which can be leveraged in a BBP Color Counter set-up. Notably, the Zenkai Ability of Zenkai 1 SP LSSJ Broly BLU can be used on that Team's bench, significantly boosting the stats of the Vegetas.

Not only is this equip very consistent, it's also a great way to boost both of Vegeta's Offensive Stats.

Vegeta enjoys the boost to his primary Offensive Stat and the minor boost to Strike Damage provided by this Equip.

SP SSJ Vegeta BLU has a good toolkit, but it’s very hard for him to find a place on the theoretical best Teams as both Vegeta Family and God Ki have a wide variety of better options. He synergizes very well with the new SP SSGSS Vegeta (Future) PUR, so he’s bumped up to Tier 2. SP Youth Trunks BLU is still better on the core.