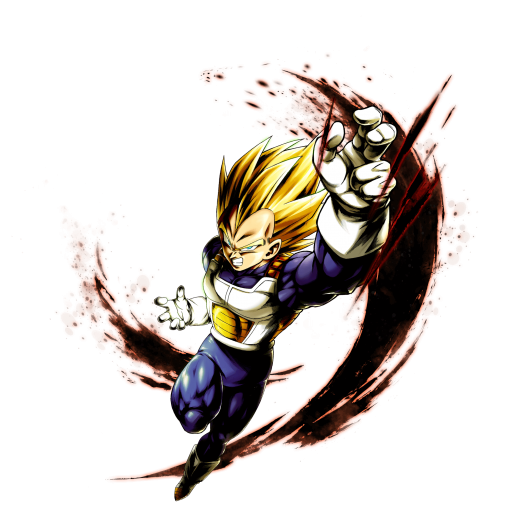 A variant from the final Cell Game battles, this Vegeta can take a lot of Damage and becomes stronger as more Teammates die.

EX SSJ Vegeta BLU is a bit of a mixed bag. He has great stats and Synergy, but his toolkit doesn’t really work well with the stats he was given. This and his Anti-Android Unique Ability makes him a little situational.

Despite that, he’s still a strong choice to fill in for a missing core Fighter when he’s not Supporting from the bench.

This Fighter’s Defenses are incredibly good, and his Cover-esque Extra Move is perfect for absorbing the Damage of Ultimate Moves and Combos.

Even if this isn’t enough to take a Rising Rush, his Main Ability can Heal him for 25% and Debuff the Enemy’s Strike and Blast Arts Card costs. Assuming he survives a Rising Rush at 1 Health point, he can quickly get back to taking more hits.

EX SSJ Vegeta BLU is in a good place, Tag-wise. Being a Saiyan and Super Saiyan with access to some of those Extreme exclusive Equips to Buff his exceptionally high base stats and a dual color Z-Ability makes him a pretty good choice on the bench or core of Teams like the Holy Trinity or a color counter.

After the Wrong Guy

Androids better step up their game and soon if EX SSJ Vegeta BLU has any chance of putting his Fate Unique Ability to use. At the time of this Fighter’s release, Androids are almost never seen and are essentially dead to the Meta until they get enough new SP Fighters to build a Team around.

While he’s a pretty good option a Super Saiyan Team, he also makes a good bench for the Holy Trinity.

This Fighter can be the bench or core of a Blue color counter Team since he can self-Buff but also support the Purple off-color Fighter after 5 stars.

The massive stat Boost to every category makes this Equip self-explanatory and required.

Despite his EX Rarity, EX SSJ Vegeta BLU has some of the highest Defenses in the game, so making him as obnoxiously durable as possible is the way to go. This Equip does just that.

Despite his great Defense, his Health is a bit low. Luckily, this helps fix that right up.

This is another EX Fighter with SP Rarity stats at the time of his release. However, his Anti-Android Fate Unique Ability is limiting and his last-man-standing Rage really doesn’t work with the rest of his toolkit. That being said, the color flexibility of his Z-Ability after 5 stars will certainly give him a longer life on the bench after power creep begins to affect his impressive stats.