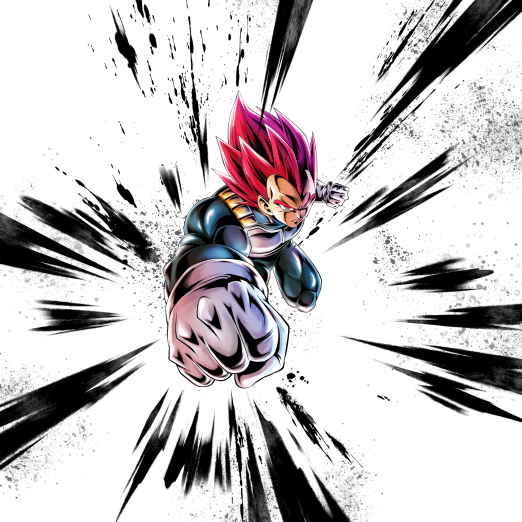 The Fists Of A God

His held Strike Arts Cards--and really his entire toolkit-- drive home the fact that this Fighter was built for Strike Damage. He has a very high Strike Attack stat which is ranked 13th amongst all Fighters in the game. His Main Ability is an integral part of his kit because of the 40% (Permanent) Strike Damage he receives and as such, players should use this ability as soon as its ready.

His Cover Ability can be a real game-changer, considering it breaks Combos. While it does come with a +3 substitution count, the fact that he can reduce Damage by 40% and break Combos – which in turn prevents a Rising Rush -- makes it well worth it. The knockback induced by this Cover Ability can chain directly into SP God Vegeta YEL's Special Move Arts Card, giving it excellent guaranteed Damage flexibility.

His cross armed guard cover change works extremely well with his “Rising Fighting Spirit” unique ability which grants him amazing buffs after the enemy attack is over.

SP SSG Vegeta YEL’s tanking ability has increased due to his Zenkai Awakening. He now has the defensive stats to withstand most Fighters in the game and that 40% Damage reduction on cover makes him a wall against incoming attacks.

SP SSG Vegeta YEL’s biggest source of Damage comes from his “The Strongest Warrior Race Unique Ability” which gives him 50% Damage Inflicted for 20 timer counts. The problem with this unique ability is the fact that its tied to having your own health ratio higher than your opponent which makes it conditional. This is weird because you want him to receive as little damage as possible but you also want him to be a tank who can withstand hits.

He pairs up perfectly with the likes of SP Vados GRN, because she can continuously heal him whenever she switches out and provide Damage buffs for him, and SP SSB Goku BLU because he can shield Vegeta against RED Fighters.

Even though SP SSG Vegeta YEL doesnt buff Vegeta Family with his Z-Ability, he has become the best YEL Fighter for the team due to SP SSJ2 Trunks YEL getting severly powercrept.

A HP Equip is essential for Vegeta due to his reliance on HP ratio's. This Equip grants Vegeta extra HP, boosting the effect of heals.

You're pissing me off!

A Pure Strike Equip is essential for Vegeta, being a Melee-focussed Fighter.

SP SSG Vegeta YEL on release always had a decent toolkit, his real big problem was his very low base stats. His Zenkai boost rectifies that and then some, giving him access to some pulverizing Strike Attack and some nice base Health and Defenses, allowing him to come in as a very reliable Defensive pivot.

He works marvelously with SP Vados GRN due to her healing, seeing as Vegeta works best when he pops into the battlefield with a higher Health ratio than his opponent.