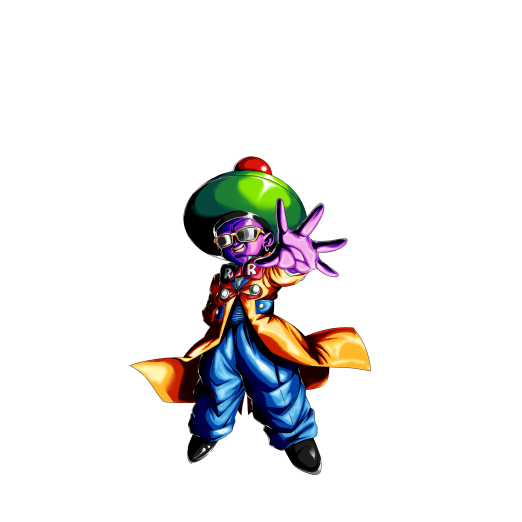 EX Android #15 GRN finds himself in a strange spot when it comes to viability. The alcoholic Android has a few significant advantages over the other powerful Green Androids that can be commonly seen in Android Tag Team compositions. For one, he has some incredible in-combat Buffs that keep him relevant on the battlefield; a Blast Damage Buff, a Card Draw Speed Buff, and a Ki Recovery Buff. He can leverage these Buffs to string together staggeringly long Combos, especially when they're active in concert with the Buffs his Main Ability gives him.

That sounds great on paper, but his Buffs disappear after a mere 25 Timer Counts. The Debuffs he Inflicts all Enemies with after he falls in Battle only last for 40 Timer Counts. This can come in handy, but they're no consolation for losing a Fighter.

All in all, EX Android #15 GRN struggles to make a case for his viability. He does protect himself from Abnormal Conditions and he can Draw an Extra Arts card at the end of a foe's Combo, but that alone is not enough to carry him.

EX Android #15 GRN excels as a combat lead. His Damage Buffs may only last a short time, but during that time, #15 can truly wreck havoc. His Main Ability is active after a lightning fast 5 Timer Counts, and it not only provides him Ki and Blast Damage, but also Buffs his entire Team's Special Move and Ultimate Arts Damage.

EX Android #15 GRN completely falls off after 25 Timer Counts, at which point his unique contributions to the Team essentially halt until he dies. it's important to stress that beyond #15's opening gambit Damage Buffs and his Main Ability, his Damage is abysmal. Luckily his utter uselessness in combat at that point makes him prime Rising Rush fodder.

EX Android #15 can fit easily onto the Android Tag Team, the only place where he functions. He can cover the ever-excellent SP Fusion #13 RED, and can even increase his already impressive Ultimate Arts Card Damage. The two clash somewhat in terms of their playstyles, but despite that, #15 can perform decently well alongside him. Unfortunately for everyone's favorite robot with shades, EX Android #15 GRN is outclassed by both SP Android #14 GRN and SP Super #17 GRN, so using him is only recommended for players who don't possess either of them.

This Equip is a must-run on any Android who hails from the theater.

This Equip is mandatory for all EX Green Fighters, and #15 is no exception

For all Sagas From the Movies characters, this fantastic Equip is a stellar option. It supplements weak defenses and assists with mixed Damage.

EX Android #15 GRN is utterly outclassed by contemporary Green Androids, and they're not even exceptional compared to the rest of the Android roster. #15's Kit is laughable in a vacuum and especially so in the context of his Tag.