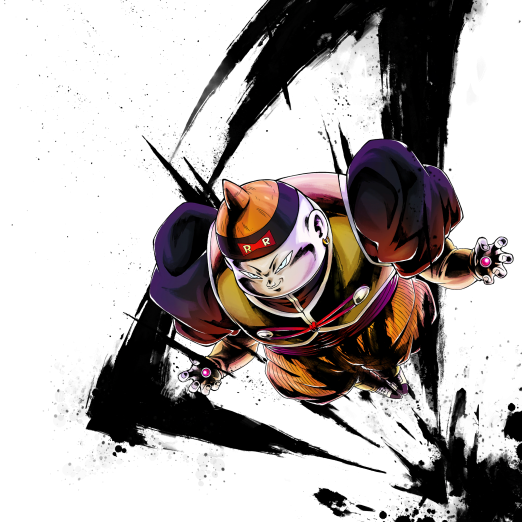 While this Fighter had a limited appearance and life in the anime, he is visually iconic and memorable because his introduction marks the beginning of the Android, and by extension Cell, Saga.

Due to power creep, this Fighter is best optimized on the bench of a PVP Android Team. Luckily, it’s really easy to increase his star level through the Fearsome Android #19 Story Event and its Missions.

Like the anime, EX Android #19 RED can Absorb any Ki Blast or Special Move on two occasions. So, while his stats are no longer up to par, his variation of Cover will always be valuable in some way. His Extra Move also works the same way, giving him additional Ki on top of it.

While this Fighter does bring a lot to the table, especially for an EX Rarity one, a lot of these strengths come with a lot of requirements and limitations that hurt his viability, especially in PVP.

His primary Unique Ability requires that EX Android #19 have an Android #20 variant Teammate, and while they work well together, none of the current Variants are SP Rarity.

His second Unique Ability works at most twice over the course of a Match. This combined with a mixed set of Arts Cards further reduces his viability.

Beyond an exceptionally high Ki Recovery Speed, all of his focus stats are average or low at best, and by no means competitive.

There aren’t a lot of game-changing Abilities to keep this Fighter relevant for long. Fortunately, he still has staying-power on the bench since his Z-Ability Buffs two stats.

For PVP, it’s not recommended to use this Fighter as one of the core Fighters of an Android Team, but he’s extremely valuable on the bench for how many and how much his Z-Ability Buffs Android Fighter stats.

His mixed Held Arts Cards and Teammate requirements make it nearly impossible to use him competitively, especially since putting two EX Fighters in the core line-up is typically a losing strategy.

Because of how many stat Buffs this Equip gives, it’s self-explanatory and required.

This Fighter is so old even his Z-Ability has been power crept.

Hey does anyone know if this is a good enough movie saga team for pvp?
https://dblegends.gamepress.gg/team-builder#sp-turles-yellow#2&sp-full-power…
Max Friendship Rank on DB Legends
So guys I am new around this parts and been playing DB Legends from past 2 months and…
Friendship level 2021
Hello, All information about Story are wrong now (like 2-1-9, does not exist, stop at…
"Another one bites the dust" | A Co-Op Extreme Frieza Guide |
Here we are again with another Co-Op Extreme battle, with the character that…
This is now the genshin section
fischl deniers will be fined 11 posts - 4 participants Read…
Read More