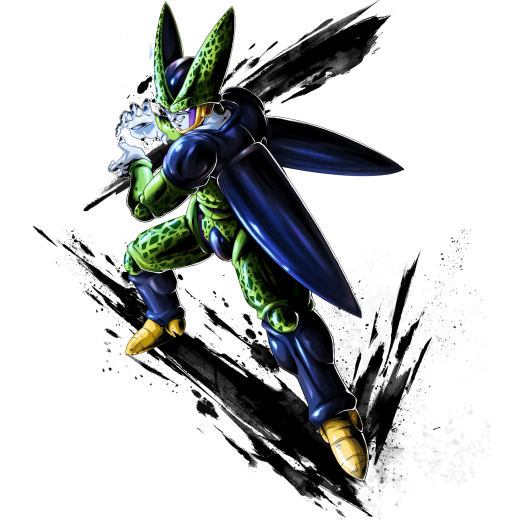 This Fighter has a strong Blast Damage output with Buffs to himself and Debuffs to the Enemy.

While he would be a tactical benefit to most Teams, this Fighter is a bit of a Master-of-None due to his poor Tag Synergy and general power creep.

Now considered one of the low-end Regeneration Fighters, SP PF Cell RED is still PVP viable but has lost a lot of his initial spark.

Keep the Enemy Down

This is a Fighter who’s meant to be swapped in to put the Enemy down and keep them down with increased Strike and Blast Arts Card costs, increased damage inflicted, and decreased Health Recovery.

Ultimate Moves received from Main Abilities haves always been one of the more--if not most--powerful swings in a PVP Match, and not only does SP PF Cell RED have access to one, it comes with a decent 30% chance to inflict Faint.

If it lands, this will allow the Player to re-stock on Cards and gain most of their Vanish-Step Gauge back.

Outside of what he can do on his own, this Fighter has very little to give an Android team, especially since his Z-Ability only Buffs the Regeneration Tag--and only by one stat. Unfortunately, because of his shortcomings in both of these Tags, it also gives him very little viability in Color Counter Teams as well.

SP PF Cell RED had deceptively high Health and Defenses on release but due to power creep, he’s fallen off that pedestal. While not totally worthless Defensively, he shouldn’t be relied upon to Tank.

Even if he doesn’t have much to offer in terms of Android Tagged Abilities, he can certainly benefit from theirs. Despite SP PF Cell RED’s lack of Tag Synergy, he makes up for it through Enemy debuffs and strong Blast Attack Combos.

However since this Tag has experienced some recent releases, he might not be among the top picks for an Android Build.

Sadly, SP PF Cell RED’s Z-Ability is pretty useless to the few Fighters within this Tag, but he's a good bench fill for an otherwise incomplete Team.

It’s named after him, so it only makes sense that this Equip fits him like a glove. Ultimate Move Damage and Blast Attack are exactly what he’d ever want.

...It seems we miscalculated.

The Super Saiyan Killer, SP PF Cell RED makes insane use of this Equip. He’s a Blast oriented Offensive powerhouse and should be optimized as such. This Equip adds to his survivability while giving him a very welcome Boost to Blast Attack.

This should be good

The Android Team is short on Pure Blast Equipment, however luckily Android 16 is the core of Androids making this Equipment a must-have for Androids.

SP Perfect Form Cell RED has completely solidified himself as the starter on his best possible Teams, and Z7 Metal Cooler RED is also superior on the core. He's down to Tier 3 as a result.