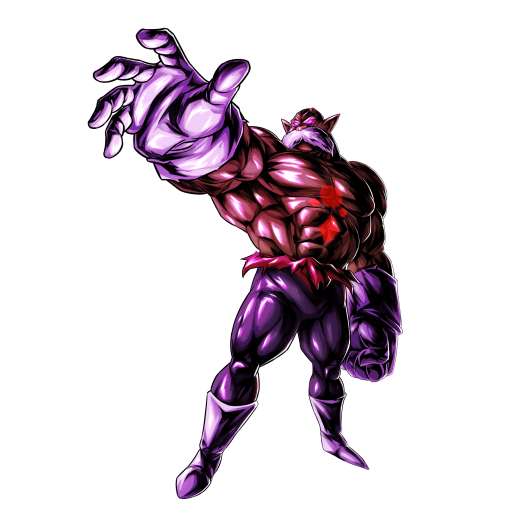 From Justice to DESTRUCTION! SP GoD Toppo GRN has made his destructive appearance in Dragon Ball Legends and is a Fighter that can turn the tide of battle in an instant. Contrary to his non-GoD form, GoD Toppo doesn’t have much in the utility department as he’s more focused on beating you down which is canon to the Dragon Ball Super anime.

GoD Toppo can lock in the opponent up to 4 times which is an incredibly oppressive mechanic in the PVP meta as with this, Toppo can pick and choose who to take out with a Rising Rush or his super-powerful Ultimate Arts which will be talked about later.

As mentioned in the Overview, SP GoD Toppo GRN’s Ultimate Arts - “Universe Destroy” is a nuke waiting to destroy the opposition. With his Main Ability, Toppo can get up towards 120% Ultimate Damage Inflicted which is one of the highest in the game. Even without the max potential of his Ultimate, it still hits incredibly hard and synergizes perfectly with his lock ability that he can use to take down pesky BLU Fighters.

His Extra Arts - “Destructive Blast” really puts his Damage in a whole other stratosphere due to the 30% Damage received debuff he applies to ALL enemy Fighters.

This not only allows Toppo to deal more Damage, but his teammates can also abuse this to deal more Damage. He also reduces the Fighter’s healing by 70% which is great against most Fighters as most of them have some sort of healing in some way.

It’s no surprise that Toppo’s Strike Damage isn’t great. This is due to his low Strike Attack stat and he doesn’t get any Strike Damage inflicted outside of the general 90% Damage Inflicted he gets. However, with his Extra Arts, his Strike Damage becomes decent.

SP GoD Toppo GRN is a terrible last-man-standing Fighter as his 140% Blast Damage inflicted goes away after 15 timer counts and without it, his Damage won’t be enough.

With this team, the Blast Damage is off-the-charts as all of these Fighters specialize in Blast Damage and either Goku or Vegito can support the team as well.

While this team won’t have the healing or support that SP Vados GRN can provide, no one on this team is a defensive liability and they can do just fine without her support capabilities.

Toppo can also be Zenkai-buffed by SP Beerus GRN.

Universe Survival Saga is still a team that needs a few more Fighters before it becomes a true meta team but with the addition of Toppo, their offensive firepower has skyrocketed. As mentioned above, Toppo synergizes incredibly well with LL SSBE Vegeta YEL and these two can carry the team’s Damage while simultaneously being decent defensively. Toppo gives them an incredible double attack buff as well and is a great addition to the team overall.

Toppo on Rival Universe is the same as him being on USS except for the fact that he won’t have his partner in crime, LL SSBE Vegeta YEL. Instead, he’ll have the debuff God himself, SP Champa YEL who can still pack a punch to this day. SP Caulifla: Kale Assist YEL is also a Blast-centric Fighter who can work quite well with Toppo. However, Rival Universe doesn’t exactly have an identity with Toppo on the team as some Fighters such as SP Hit PUR and SP Toppo BLU want to use Strike Arts while other Fighters like GoD Toppo want to use Blast Arts.

A HP Equipment is recommended for every Fighter due to the significant increase in survivability.

A Pure Blast Attack Equipment is a must-have for Toppo, greatly increasing his Blast DMG Output as well as giving a Special Move Buff.

Awakened Here I come! No. １

There are various choices for the final slot. This Equipment provides Toppo with decent all-round Stat Buffs. Alternatively, I'll just smash it to pieces! or Let's go Vegeta! can be used here without much of an impact ingame.

GoD Toppo is an excellent addition to God Ki, providing even more Rising Rush control, this time on the Offensive side of things. With so many Endurance and Revive units in the meta, his locks are exceptionally beneficial to the team.

While he’s a better standalone unit than Vados, her healing/support capabilities are pretty vital to the team, so God Ki -- despite being solid -- still feels like there’s a small element missing regardless of which green is used. Either way, Toppo’s game-changing lock-in abilities justifies his placement in S Tier for now.