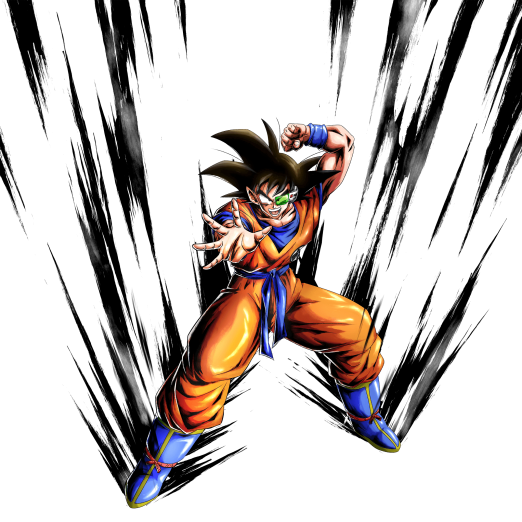 Similar to the anime, he’s not quite used to Goku's body, so he comes with some particular flaws related to that, but overall, he's an effective Offensive Fighter with ample utility.

Even with his flaws, his Extra Move is one of the best in the entire game, as it clears Attribute Downgrades, and gives him a steady stream of meager, permanent Buffs every time it’s used.

SP Goku Ginyu RED’s primary issue is that he continuously inflicts himself with +10% Damage Received Debuffs every time 3 timer counts pass with him on the battlefield, but his Extra Move, which he automatically draws once 9 Timer Counts pass, Heals him, and provides him with multiple Buffs at the same time.

This lets the doppelganger captain act as an Extra Arts Card battery for the rest of his party and continually stack his personal Status, making him a force to be reckoned with in the late-game.

Similar to SP Demon King Piccolo YEL, his Main Ability steals 2 of his foe's Dragon Balls and adds them to his own count. Matches can still hinge entirely on Rising Rush, so intelligent use of this Main Ability can clinch games for Ginyu's Team.

Because it's accessible after a mere 5 Timer Counts, this Ability gains an extra layer of flexibility. Using it to secure an early Rising Rush can be game-winning in and of itself.

It’s important to note that this is still Captain Ginyu, so he gets access to insane Equipment options. This paired with the fact that he’ll be able to be limit broken to 7 stars makes his low base stats seem much better.

In particular, This Should be an Exciting Fight is the only piece of Equipment in the game that provides additional, unconditional Inflicted Damage, giving Ginyu deceptively high Damage.

The more SP Goku Ginyu RED stays the field, the more Damage he takes. This, in tandem with his low base Defensive stats, makes him a bit fragile. If Ginyu can't get his hands on an Extra Arts Card to ameliorate his poor bulk, he can potentially get torn to shreds, especially if his Debuffs continue to stack has he's getting Combo'd.

Ginyu requires Frieza Force or Ginyu Force allies to be around for him to gain his +20% Strike Damage Buff on entrance. This hampers his effectiveness in Crisis scenarios, but if he's stacked enough Extra Arts Cards, he can still hold his own.

That being said, if his Buffs are ever removed, Ginyu will have an uphill battle ahead of him.

SP Goku Ginyu RED is this Team's strongest Red Fighter, and he's absolutely fantastic on this Tag. He defends the immaculate SP 1st Form Frieza PUR from problem Yellows, and the Extra Arts Cards he provides can set up Frieza's brutal telekinesis.

SP Final Form Frieza: Full Power YEL and EX Recoome BLU can defend Ginyu, and in scenarios where he's got Debuffs stacked, he definitely needs the help. Offensively, SP 1st Form Frieza BLU and SP Golden Frieza GRN are great choices to field alongside Ginyu, though their Blast-oriented playstyles will reduce his Damage.

This Team isn't overly competitive at the moment but he does Buff this Tag as well.

Don’t forget this is still Captain Ginyu, so he still has access to this amazing Equip. The Buff it gives to Inflicted Damage is especially noteworthy.

A must-have due to the massive Offensive stat Boosts.

A good choice for a huge Strike Attack Boost, which is the method of Attack he prefers.

Akin to the anime, Captain Ginyu wasn’t used to Goku's body, and this is reflected in Dragon Ball Legends as he continually Debuffs himself the longer he stays on the battlefield.

That being said, his Extra Move provides multiple Buffs and clears Attribute Downgrades. He pairs nicely with SP Broly: Cheelai BLU as both are great Offensively and manipulate Dragon Balls.