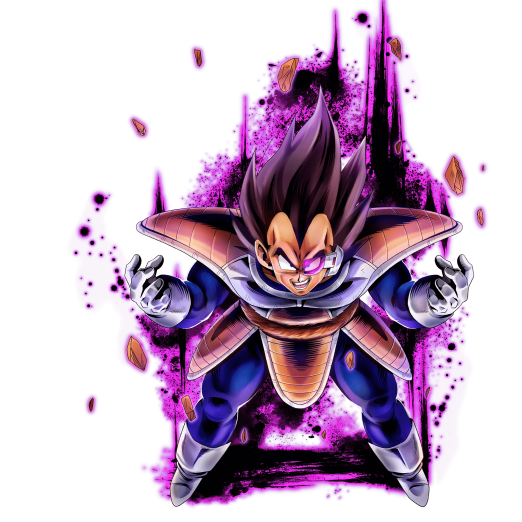 In an attempt to invade the earth, Vegeta gets a new power up. In fact, in classic Saiyan style he got a Zenkai Boost that upped his overall capabilities by quite a bit.

Just like in the past, SP Vegeta PUR is a prominent Blast focused Fighter, and his Zenkai Ability makes him quite durable as well. He even gets stronger when he’s the last man standing, so just like in the manga he likes to do things by himself.

However, his one-dimensional nature and the problematic competition he faces on his Teams might prove to be really detrimental for him, so without further ado, let’s move to the actual analysis to see how he does in the current Meta.

While his Unique Abilities might not seem that good, in practice SP SSB Vegeta PUR does well thanks to his very high Blast Stat. Once he gets most of his Buffs ( so by mid game ) he becomes a really explosive Fighter that can put many opponents in serious danger with a full Blast hand.

His Arts Draw Speed fits really well with his Blast Focused toolkit, as the continuous charge steps make it easier for him to pull off really long Combos.

Just like other Zenkai Fighters, SP Vegeta PUR has a high Health pool and very respectable base Defensive stats that make him quite great at mitigating Damage.

His high Durability also makes it easier for him to safely reach mid-late Game and get his Offensive Buffs.

While Vegeta is an excellent Blast Damage dealer overall, his Strike Damage is quite subpar, which makes things tricky for him considering all of the Teams he could possibly fit in have a mixed Deck.

What this means is that his realistic Damage output is considerably lower than it would be in the best case scenario ( fully Blast focused Team around him ) at the moment.

While Vegeta has some flaws that make him worse than other Purple Fighters for his Tags, his Zenkai Ability naturally provides some really impactful Buffs for a specific set of Fighters. However, it’s not all fun and games, since his base Z-Ability is truly awful for current Meta standards, so he’s not even likely to become an optimal Bench option down the road.

In Saiyan he can do well thanks to SP Kid Goku YEL and SP Saiyan Saga Goku BLU that Support him quite well, however the former suffers due to Vegeta’s presence as he’d prefer to have as many Strike Cards as possible in the Deck, so SP SSJ4 Goku PUR remains a better option here.

He would replace SP 1st Form Frieza PUR here. While he’s definitely a better stand alone Fighter than the malevolent emperor, Frieza is just more versatile on this Team thanks to his fantastic Support, something SP Vegeta PUR can’t reproduce, so he’s a bad fit alongside Fighters like SP Broly: Cheelai BLU and SP FF Frieza RED who are Strike Based.

This Equip fits SP Vegeta PUR like a glove. He's a Blast Fighter and as such, should have resources funneled into Blast Attack.

More importantly, this Equip Boosts his Health, a stat he's lacking in.

This is the best option for him if he's played in Frieza Force. Otherwise, Hurry, Vegeta! is the choice if he’s used with Saiyans.

SP Vegeta PUR is as one dimensional as it gets, specializing in Blast Attack. He's got solid Damage and high stats, but his toolkit is underwhelming overall. There's also no top tier team he really fits on as the best possible choice, but he does make for a viable alternative if the player is missing some core fighters.