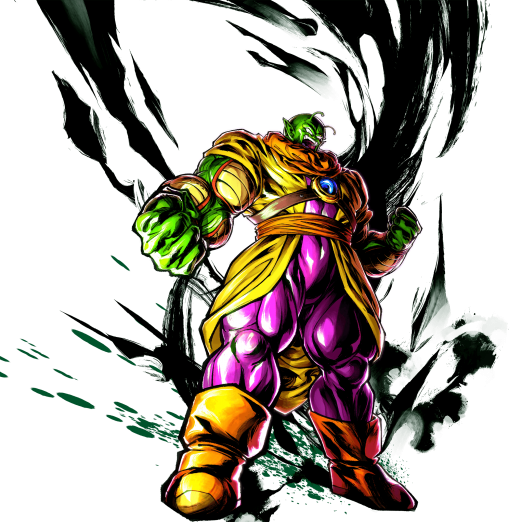 SP Lord Slug BLU is a Melee Fighter through and through, gaining multiple Buffs to his Strike Attack throughout the course of the battle. His Extra Move pairs well with this, as it grabs a hold of the Enemy and pulls them towards him, and comes with an additional effect: a 30% chance to steal a Dragon Ball and add it to his own count.

SP Lord Slug BLU is getting older however, and Regeneration has been neglected for the most part for quite a while now. Still, his Z-Ability will keep him relevant no matter what happens with power creep.

While his Extra Move only has a 30% chance of stealing one of the Enemy’s dragon balls, his Main Ability draws the Extra Move Arts Card. And that’s not the only thing this Move does—as a long-range Move it can also cancel Enemy Attacks and increase the Strike Damage they receive.

Between his Main Ability and Innate Power Unique Ability, SP Lord Slug BLU’s Strike Damage is Boosted by 65% after 30 timer counts and drops down to 25% after his Main Ability effects wear off.

SP Lord Slug BLU has nothing in his toolkit that emphasizes Blast Attack in any capacity, and his base Blast Attack stat is also very low.

With the exception of Health and Strike Attack, all of his stats are average or below. This means his Damage Buffs have to work that much harder. His Defenses have also started showing their age as well.

This Build is where SP Lord Slug BLU is strongest. There are tons of Tanks so his less than stellar Defenses aren’t so much of a drawback and with so many Team Healers in this Tag, his high Health stat will go a long way.

SP Lord Slug BLU isn’t the only Regeneration Sagas Warrior, but Fighters who fall under both categories are scarce. This means a combination Team isn’t out of the question, but it probably won’t be as strong as the main Sagas Warrior Team.

Everything in his toolkit gears him towards Strike Attack.

He's as one dimensional an Attack as it gets, so Strike Attack with some good Defense is best

SP Lord Slug BLU is an OK addition to the Regeneration Team and has a lot of Synergy with them if many other core Fighters are missing. However, his Blast Attack is low enough to put him at a disadvantage when forced to use those Attacks and his low average Defenses combined with his Health-related Damage Buffs make it a risky move to let him dip that low.

At this point, he's simply only useful for his Z-Ability.