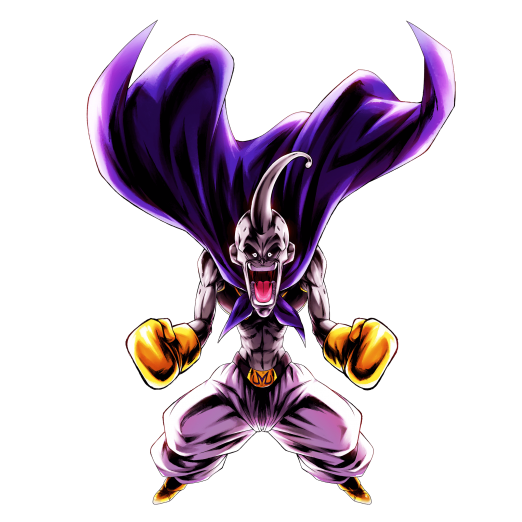 For someone who wasn’t really all that prominent in the anime, EX Evil Buu BLU in Dragon Ball Legends is the exact opposite. He’s basically a Sparking strength Fighter of Extreme Rarity. His power has waned significantly now, with his one-shot potential becoming limited to the Regeneration Tag units that he deals extra damage to.

He brings along a hellacious Offensive toolkit, immediately Debuffing the Enemy when he enters the battlefield with his Intimidate Unique Ability. He also does an extra 50% Blast Damage to Regeneration Fighters, which is reminiscent of his destruction of SP Good Buu GRN in the anime.

Thanks to this extra damage, he retains his Niche as a Regeneration counter unit despite his age, but he lacks the capacity to truly cause havoc like he used to. He is viable as a Sub-unit on Regeneration teams, but the rarity of those Teams makes it hard for him to see much action.

This basically means if EX Evil Buu BLU is able to use his Main Ability whilst in a Combo, someone is going to get hit by his Special Move, and will likely take disturbing amounts of Damage regardless of their Defenses.

As if an oppressive toolkit wasn’t enough, EX Evil Buu BLU has insane Equip options. “See You!” Jumps out at first, but he also has other Equips that Boost his Blast Attack and Special Move Damage to ridiculously high levels.

His Defenses are not very impressive, and his toolkit does nothing to improve his durability. EX Evil Buu BLU is meant to do as much Damage humanly possible but has no way of absorbing incoming Attacks.

Even now, despite how tanky the Regeneration Tag Bench is, EX Evil Buu BLU is Defensively bankrupt, and because the best Regeneration Fighters are not bulky in the slightest, optimal Regeneration often leaves Buu behind.

Having such an Anti-Tag Unique Ability was incredibly valuable some months ago, due to how hideous it was to face Regeneration normally. However, nowadays Regeneration Teams are much more rare to face, which means he often won’t have active Damage Boosts excluding his Main Ability.

This is still a great Fighter, however he doesn’t fit in the Team as greatly as he did before. In fact, nowadays focusing on Strike Attack is a better choice for Regeneration, since for example both SP UGA Buu GRN and SP Perfect Cell YEL excel in that. For this reason and the one explained in the paragraph above, SP Lord Slug BLU is a preferable option.

For the same reason, his Blast Attack based Z-Ability is not optimal to fill a bench spot with. Regeneration tends to prefer Strike Attack and bulk-boosting Z-Abilities to play to the Tag's strengths.

While in the past he battled SP Lord Slug BLU for a spot in the Core, this is not the case anymore, since the amount of Regeneration Teams in the Meta has decreased considerably, making SP Lord Slug BLU the preferable option since he’s much more consistent overall. While he could be brought along to counter the situational Regeneration matchups, there are much better Z-Abilities than his for this Tag.

At 5 stars, EX Evil Buu BLU Boosts Blue Blast Attack, making him a nice option to throw into a Blue Color Counter Team. Once again, his Anti-Regeneration Ability is especially enticing here, as it helps deal with a Tag that would otherwise be a nightmare to play against.

The massive stat Boost to every category makes this Equip self-explanatory and required.

This Equip is perfect for EX Evil Buu BLU in every way imaginable. Blast Attack is self-explanatory, as is the extra Damage to Saiyans.

Yet another way to Boost his Special Move Damage and Blast Attack makes this self-explanatory and required.

Countering Regeneration will also be a hard task when SP UGA Super Buu GRN is one of the more popular Fighters.