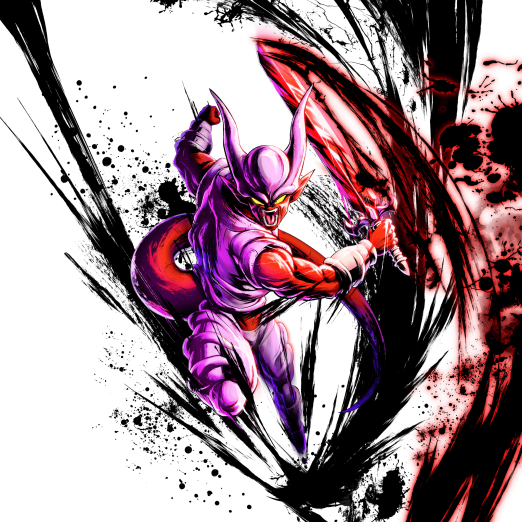 SP Super Janemba PUR was the primary reason for Goku and Vegeta fusing in Dragon Ball Z: Fusion Reborn. Much like SP Super Gogeta RED, this is a fairly balanced Fighter: only this one’s Extra Move counters Ranged Attacks instead of Melee.

At the time of release, the Meta got a major shake-up that benefited three of this character's primary tags. Players got a huge advantage from summoning this Fighter. Unfortunately, he's far too old, has been replaced in the Regeneration Tag multiple times over, and can only be saved with a Balance Change at this point.

Despite his age, SP Janemba PUR some reasonable Defenses with a very high Health stat. If the Player has no other choice but to use him, he can still defend himself admirably.

Despite the value and effectiveness of SP Super Janemba PUR’s Special and Extra Moves, they are a little tricky to pull off and thus require a lot of skill. His Special Move is midrange, so while it cannot be dodged, it often requires wasting a move to get a little closer to the Enemy.

His Extra Move is even harder, circumstantial, and basically acts as Vanish Step. It requires keeping a careful eye on the enemy to predict when they are going to use a Blast Arts Card or tap Blasts. This isn’t impossible, but it takes a lot of skill. If wasted, it also opens SP Super Janemba PUR to counterattacks. Try not to use this if  Vanish isn’t on cooldown. While his moves can be tricky to pull off, in the hands of a master SP Super Janemba PUR can be frustrating to fight.

Despite his decent Tank capabilities, his Unique Abilities and Attack stats leave much to be desired, and he needs a balance change.

Still a solid bench option if limit broken to 5 stars, but that's the only recommended place for him for the time being.

This Fighter, much like SP Good Buu GRN, is a brick wall of a Tank but with slightly less in the way of Strike and Blast Attack. This Equip gives him a Boost in both of those, as well as the Boost in the seemingly invaluable Strike Defense stat.

While SP Super Janemba PUR can dole-out some punishment on Offense, he is still primarily a Defense Fighter. This Equip gives him a massive Boost in every possible Defensive stat, making him that much harder to take out.

This Equip was a marvelous addition for this Fighter, Boosting him at what he does best: being a formidable Tank.

His Extra Move is powerful and easy to use, but he is being power crept and other stronger Regeneration Tanks are being released.