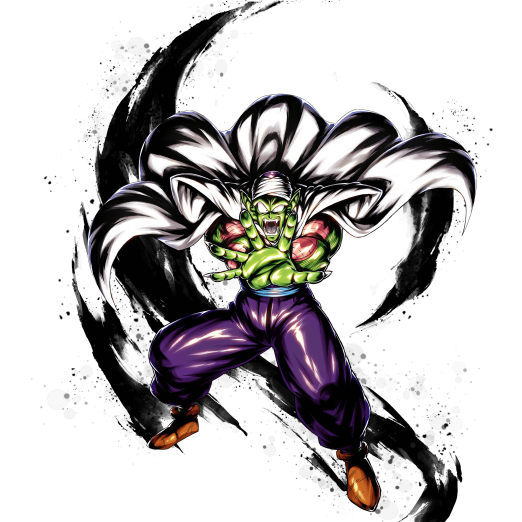 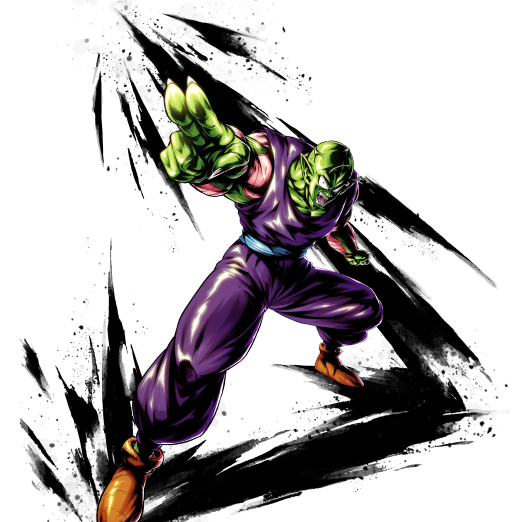 Another Transformation Fighter gets a Zenkai Awakening, LL SP Piccolo YEL arguably didn’t need a Zenkai as it hasn’t even been a full year since he has been released. Nevertheless, as a transforming Zenkai Fighter, he certainly does not disappoint.

His playstyle relies on dragged-out fighters and his team(Regeneration) is one of the best teams in the game at dragging out a Fight.  Offensively, he posses incredible Blast Damage and one of the most powerful Special Moves in the game. Defensively, his transformation Zenkai stats coupled with his Damage reduction when changing cover make him very good defensively.

Although Piccolo’s toolkit isn’t centered around Support like other Fighters, he still supports the team relatively well. He gradually restores allies HP when he’s switched to standby while simultaneously giving the enemy a debuff. This is incredibly potent on the Regeneration team and just adds to their overall bulk.

He gives his allies 20% Damage which isn’t great but it’s good enough for a non-Support Fighter.

When it comes to Blast Damage, much isn’t needed to be said about Piccolo. He has the highest Blast Attack stat in the game once he transforms and his 60% Blast Damage inflicted is more than enough for him to absolutely tear through the opposition. His Blast Damage also does 50% more Damage against Fighters that charge through his Blast Arts, reminiscent of SP Gogeta BLU.

When Piccolo has a Special Move Arts card in his hand, he can effectively control the neutral game of a match as his Special Move has blast armor when charging forward.

The longer the fight goes, the stronger Piccolo becomes and he becomes almost insufferable to fight against.

Piccolo's desperation begins to show as the fight progresses, which manifests as permanent, uncancellable Damage Buffs that activate over time.

These extra Buffs not only make him a stellar Offensive Pivot and turn his Special Movies into re-usable nuclear warheads, it also makes him the Regeneration Tag's premier Crisis Fighter. All his uncancellable Buffs and turnabout techniques are blessings in Crisis situations.

Ranked Is Too Fast

As mentioned before, Piccolo wants a long and drawn-out fight to fully utilize his toolkit to the maximum. However, ranked PVP is at a much faster pace, and as such piccolo won’t always get to his maximum power.

With the release of SP Demon King Piccolo(Aged) PUR, LL SP Piccolo now has an argument for being the main YEL Fighter on the Regeneration Tag due to the fact that Regen has now become a Blast-Oriented team and Piccolo excels at that while SP Z7 Demon King Piccolo YEL doesn’t. Alongside SP Z7 Good Buu GRN, Regen is one of the most insufferable teams to fight due to their tanking ability and constant healing. Overall Piccolo is a fantastic option for the Regeneration tag with his offensive prowess, defensive utility and support and he also buffs the team with his Z Ability.

On this new, strange Team, Piccolo acts as the primary Defensive Fighter. He is joined by SP Raditz GRN and SP Saiyan Saga Goku BLU, who each bring high Damage and some Support to the table.

Piccolo himself is an excellent Crisis Fighter and finisher on this Tag, though its overall viability is suspect due to its lack of Z-Abilities.

The exclusive Equipment for Piccolo is of course, a must have.

Piccolo, being a Yellow Fighter, triggers the condition for the third slot's Blat Defense Buff. This Equip significantly Buffs the Super Namekian's bulk with Buffs to both Defensive Stats and Health.

This Equip almost seems tailor-made for Piccolo, who wants as much Special Move Damage as he can get his hands on.

It not only Buffs his Special Move Damage though, it also provides a direct Damage Buff to Piccolo's Blast Attack per Regeneration Ally, making it an overall stellar piece of Offensive equipment.

It’s unclear why Piccolo was given the Zenkai with much older units around in dire need of one instead, but for what it’s worth it has made him a pretty solid unit once again. SP Kid Buu BLU and SP Demon King Piccolo PUR lead the way for the Blast-regen variation, and SP Piccolo YEL synergizes very well with all of them.