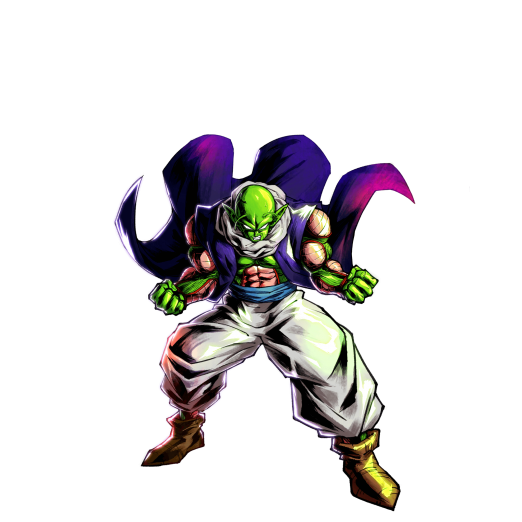 EX Nail PUR is essentially a SP Fighter with EX Rarity, boasting an exceptional toolkit and stats, ensuring his spot as the main Purple for the Regeneration Tag for the foreseeable future.

Outside of Strike, EX Nail PUR does everything. He hits hard, he has great Defensive stats and utility, and he Supports his Teammates through Healing as well as a permanent Buff if he’s killed.

His Z-Ability provides Regeneration with a Buff to both Blast and Strike Attack via his Z-Ability, which basically makes him a must-have for the bench. He also provides the Buff to an interesting Tag, Frieza Saga Z, opening him up for creative Teams as well.

Regeneration has always been known as a Tag that primarily stalls or uses many Defensive pivots, but EX Nail PUR’s dual-Offensive Z-Ability goes a long way towards shifting them towards a playstyle that’s more hyper-Offense friendly.

The percentages of this ability skyrocket the more and more he’s limit broken, capable of reaching a whopping 38% to both Strike and Blast Attack for both Regeneration and Frieza Saga Z Fighters.

Fighters that Draw a Special Arts Card via their Main Ability with enough Ki to use it have always been powerful, and the same holds true here. EX Nail PUR’s Main Ability also gives his Special Arts Move 50% Damage inflicted for the next 30 timer counts.

This is a devastating mechanic that can turn the tides of a battle very quickly if even a single mistake is made by the Enemy.

Whether he’s on the Offensive or on the receiving end of a Combo, EX Nail PUR will slowly but surely accrue +10% Damage Buffs as he or his foes use Strike or Blast Arts. His Defenses ensure taking a Combo will not be too much of an issue either.

This Unique Ability also gives his Teammates a permanent +20% Damage Buff when he falls. He also specifically gives Regeneration Allies a +15% Damage Buff, giving him additional utility on his main Tag.

Nail's Z-Ability makes him a key component of this Tag's success, though core-wise he can be used on Cores that lack SP Android #21: Evil PUR.

Nail functions exceptionally well with SP Piccolo YEL, as they are both Blast-based Fighters. Nail can also supply Piccolo with additional devastating Special Arts Cards and significantly increases his Crisis efficacy with his Death Buffs - they're perfect Teammates.

Outside of Piccolo, the vast majority of Regeneration's roster is Strike-oriented, aside from SP Super Baby 2 BLU, whose Supportive kit leans towards the Blast side of the Offensive dichotomy. These three Fighters are capable of annihilating any Team they face, though they run into some Offensive issues if Piccolo falls first.

He’s just a bench spot for this Team, but provides SP Angry Goku BLU and SP FP FF Frieza YEL with a nice Z-Ability. He can be brought into combat, but generally, he's overshadowed by this Tag's other options.

He Draws a Special Arts Card and is very geared towards Blast Attack.

A Boost to both Offenses is a great choice as well.

A must-have due to the high stats it gives across the board.

EX Nail PUR provided Regeneration with a solid core Fighter, and went a long way to rebuilding the Tag when he was released. He was eventually replaced by SP Android #21 PUR, but he’s still the next best thing if the Player is missing her.