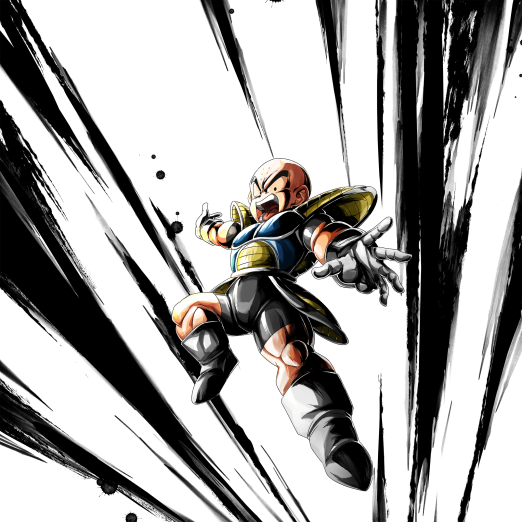 EX Krillin PUR is more powerful than you might expect from someone so prone to getting impaled and exploded! Despite only having a single Team, EX Krillin PUR asserts himself as a fantastic Support Fighter for it, offering Offensive Support by acting as a Ki battery for his Allies.

Krillin has a number of tools at his disposal that let him dictate the tempo of the bout, with his Special Arts Card stunning the opponent at long range and his Main Ability shortening his Allies’ Substitution Counts on command.

He makes for a fantastic sacrificial lamb in the face of an impending Rising Rush or Ultimate Arts Card, as his death inspires his Allies with helpful Offensive Buffs through his Defeated Ability.

The name of EX Krillin PUR’s first Unique Ability describes his impact on the game as concisely as possible - he brings Masterful Support. By restoring Ki and providing Damage Inflicted Buffs to any Ally he Switches into, Krillin lets his teammates outpace their enemies.

Even when he does what he does best, die, he continues to Support his Allies from beyond the grave with even more Buffs. Goku characters benefit from even more Damage Inflicted Buffs when Krillin falls, leading to world-ending Special Move Arts Damage potential.

Long range immobilizing Special Arts cards are powerful enough on their own, but when Krillin begins a combo with Solar Flare and switches out, the ally entering the battlefield will receive Damage Buffs and Ki, leading to devastating Combos.

EX Krillin PUR’s Support-centric design makes him utterly useless when he has no Allies to assist. Anyone running Krillin should be throwing him in harm’s way often, because none of his Abilities are particularly conducive to Crisis scenarios.

Though the Solar Flare can occasionally net Combos for the strongest Earthling, he lacks the Offensive presence to see Fights through.

His True Home is on Namek

His Dual Offensive Z Ability lets him work as Bench assistance to certain Teams that share his single meaningful Tag, but he’s utterly useless in combat on non-Frieza Saga Teams.

EX Krillin PUR’s true home is on the Frieza Saga Team, assisting his best friend, SP Angry Goku BLU, with Damage Buffs and Special Move Arts draws. The fact that Krillin explicitly gives additional death Buffs to Goku variants is no coincidence - these two Fighters were designed to be used together.

The Frieza Saga Tag Team can round out its roster with SP Full Power Frieza YEL, a Fighter that restores a staggering 80 Ki when Krillin switches into him. Zenkai 1 SP SSJ Goku RED specifically synergizes with Krillin variants, and if Krillin dies, Goku becomes an absolute monster.

This Team might not boast stellar synergy outside of combat, but its Damage output and internal synergy ranks among the best in the game’s history.

Awakened Release your Ki! No. 1

Like all Extreme-specific equipment, this one is near mandatory on those that can use it. All of Krillin's stats get a serious Buff thanks to it.

When paired with LL Namek Goku, this Equip provides even more large all-round Buffs. On a Super Warrior team, I left Chiaotzu at Roshi's is the optimal choice here.

If the plan is to help out the Frieza Saga Team in the near future, Zenkai EX Krillin PUR is a nice start due to his synergy with SP Angry Goku BLU.

Outside of funneling resources into Goku, however, he doesn’t serve much of a purpose for the time being. Goku variants would also just prefer to be used elsewhere than alongside Krillin, for example right next to SP SSJ3 Goku PUR. He’ll be placed in Tier 3 until he gets a more well-rounded Team, if that ever happens.