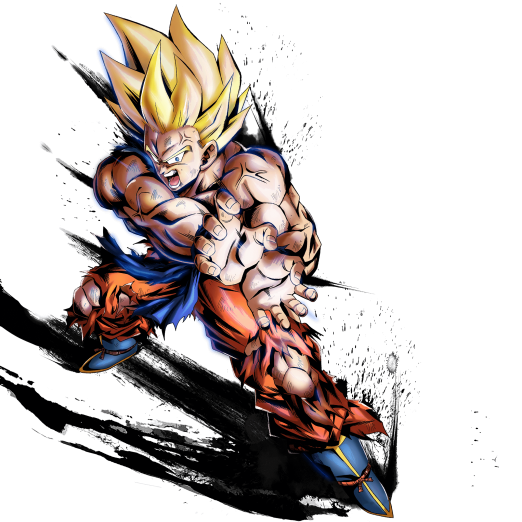 Zenkai 1 SSJ Goku RED's strength lies in his Ability to augment himself and switch roles on the fly, from a combo artist to a Defensive Fighter to a Crisis Fighter to a Tag-hate Counterpick Fighter.

The downside to Goku's versatility is a lack of focus - he doesn't excel at any particular role aside from blasting through Lineage of Evil Fighters when he's the last Fighter standing.

All that being said, Zenkai 1 SSJ Goku RED is a strong Bench choice in the current Meta with a massive number of Teams that appreciate his presence. While he doesn't shine in combat, his Zenkai Ability, at the very least, will allow him to make an impact by Supporting some of the Game's Top Red Fighters.

After 5 Timer Counts pass while he's on the battlefield, Zenkai 1 SSJ Goku RED gets a -10 Strike and Blast Arts cost discount and a 30% Sustained Damage Cut Buff for 15 Timer Counts, giving him some utility as a Defensive Fighter once he gathers himself.

These Buffs are especially useful if Zenkai Goku enters the battlefield with Color Advantage, preferably with the assistance of an Offensive Support Buff to augment his Damage, as he doesn't enter combat with a personal Damage Buff at Zenkai Level 1.

Zenkai 1 SSJ Goku RED's power reveals itself when his Allies fall in combat. Interestingly, his play-style changes depending on how many Allies are alive when he enters combat. For each Ally that falls, he activates a 20% Inflicted Damage Buff for 15 Timer Counts and a 15% self-heal.

It's best to cycle him in and out as often as possible with one downed Ally, to maximize his Damage and self-healing.

Head's in the Strike but his Heart's in the Blast

Zenkai 1 SSJ Goku RED suffers from his held Arts Cards, both of which are Strike Cards. His Strike Damage is decent, so this deficiency isn't quite as noticeable here as it is for other Fighters, but his Blast Attack Stat is among the highest in the Game, so the Damage loss is noticeable.

Goku's Arts Cost reduction allows him to string together deadly Blast Arts Combos if he is given the opportunity to use a String of them. It is best to pair Zenkai 1 SSJ Goku RED with Blast-oriented Saiyans that don't mind Strike Arts in the Deck.

Low Damage at Base

Goku has many ways of increasing his Damage, but none of them are simple fixes. Switching Goku in during a Combo to punish an enemy Yellow is hardly threatening in many contexts, as Goku's Damage is lackluster without Buffs.

Zenkai 1 SP SSJ Goku RED requires either Dead Allies, an Extra Arts Card, or a Main Ability activation to make up for his low Damage, which is restrictive in the heat of battle.

HE Shallot LGT is an excellent Saiyan teammate for the First Super Saiyan - running the two of them together gives their Team some solid Crisis Utility. Goku functions as an amazing bench option on Teams that utilize SP Bardock RED, the game's strongest Crisis Fighter.

On GT Tag Teams that feature SP SSJ4 Goku PUR, SP Super Baby 2 BLU, and SP SSJ4 Vegeta RED, Goku is a marvelous bench option who benefits the former two with a Strike Damage Buff and the latter Fighter with a full suite of Zenkai Buffs.

This is a rather curious Tag with a rather curious gameplan, focusing on boosting Zenkai 1 SSJ Goku RED's Damage with the death of EX Krillin PUR. Goku's Zenkai Ability Buffs the powerful SP Ginyu Goku RED, a fixture of this Team's Bench, letting him excel in combat as well.

Zenkai Goku counters the problem Yellows that can pose issues for the deadly monkey-man. Even if he's not taking to the field, Zenkai Goku can Support this Team with his Z and Zenkai Abilities. SP Kakarot RED, this Team's strongest Red, becomes an Offensive and Defensive crusher with Zenkai Goku on bench.

SP Goku GRN or SP SSJ3 Goku GRN act as counters to Zenkai Goku's Blue Nemeses - each bringing some Defensive Utility and Burst Damage of their own. Against Lineage of Evil Teams, Zenkai 1 SSJ Goku RED is an all but mandatory inclusion on the core.

Despite his double Strike Arts Cards, SP SSJ Goku RED is a Blast Fighter. He is primarily used as a bench for his Z-Ability these days, he but can be brought into a Match if the Enemy Fighter has a lot of Yellow Fighters or lacks Blue Fighters.

This Equip is excellent for him, as it gives him the Blast and survivability he desperately needs.

Another excellent Equip for this Fighter, as he can use the extra survivability, Blast Attack, and the Ki Recovery Speed, which is an area he is lacking in.

Due to his two Strike Arts Cards, SP SSJ Goku RED will make use of both of the Offensive stats provided. If used in a Son Family Team, “Awakened You Can Do It, Right Gohan?” is the choice instead.

Even at Zenkai 7, he's hard to justify over many other units. He's clearly the worst Zenkai stand-alone wise, and arguably worse than some of the EX units that were given Zenkai 7 boosts.

He has an iota of incentive alongside SSJ Bardock, but nothing more.