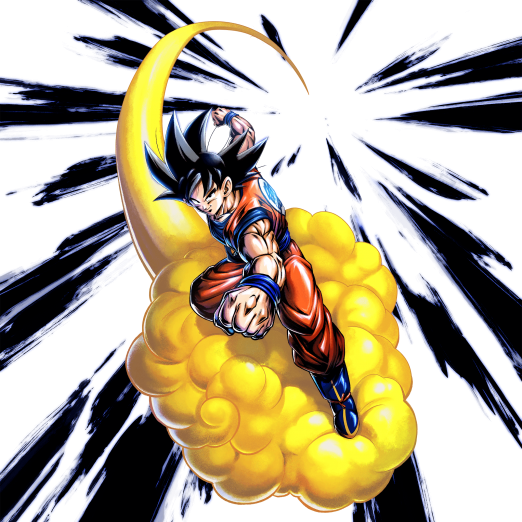 Dragon Ball Legends X DBZ: Kakarot Collaboration has brought a new free-to-play Goku Fighter, and he has some of the best Offensive capabilities in the game. His free-to-play status allows him to reach 14 stars easily, making him decent Defensively.

This Goku is meant to be used on an all-Goku Saiyan Team, as evidenced by his Health-Boosting Z-Ability specifically Buffing Goku variants. His Saiyan Tag lets him suffice as an option on the Saiyan team.

SP Kakarot Goku RED is meant to be an Offensive juggernaut that builds in power during a match. His Endless Adventure and Saiyan Raised on Earth Unique Abilities cannot be canceled and provide him with individually high Damage Buffs, up to +60% from the former and +50% from the latter.

This coupled with his Main Ability that gives Ki, restores Health, increases Damage inflicted, and reduces the cost of Cards can make for devastating combos and provides SP Kakarot Goku RED with extra survivability.

This Fighter’s Heat Up Special Arts has a 30% chance of Faint upon landing the next Arts Card. This can change the tide of battle significantly if the Faint lands and can set up Rising Rush opportunities as well.

This Heat Up Special Arts also grants this Fighter with a Kamehameha Special Move which increases Damage by 150% if the target is Fainted. These two Arts Cards, if working in tandem, can deal massive amounts of Damage.

Though the Faint Damage Buff is situational at best, as there are arguably better uses for the opening provided by Faint, it is still a situationally useful bit of utility.

The only support that’s going to be used is his 10% Critical Rate buff for Son Family Fighters which is negligible due to how Criticals are calculated in this game.

Gotta Work for It

Goku's Endless Adventure Unique Ability requires him to complete a number of tasks during battle to gain Damage Buffs. While none of them are particularly difficult to complete, the fact that these Buffs are inaccessible at first makes him a somewhat lackluster Offensive pivot at first.

A HP Equipment is necessary on every Fighter due to the significant increase in survivability.

F2P Fighters are no longer throwaway gimmick units, SP Kakarot Goku RED has some serious Damage potential and some annoying, game changing components in his toolkit.