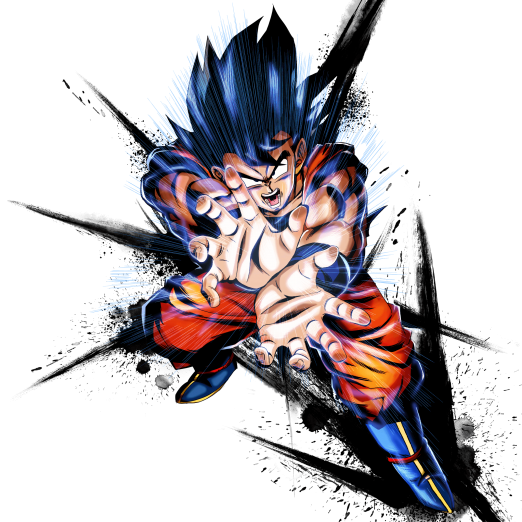 EX Goku BLU has been power crept to the point that he doesn't even have much of a place on the Saiyan bench.

The deterioration of his stats has made him unusable, even in PVE.

He's not farmable and his toolkit is incredibly basic.

He can give a Saiyan Team a huge 27% Buff to Strike Attack, making him a strong bench option. That being said, there are better options in the game.  He does stand as a great bench for new Players who are just building out the roster though.

This Fighter won’t be able to get enough punches in before he’s killed or has to be switched out. This is even more of a drawback when taking his Unique Ability into account, which requires that he be the last Fighter alive to even take effect.

This wasn’t as big a deal back when there were fewer Fighters to compete with, but now his stats really show their age.

EX Goku BLU is a classic Fighter without all the bells and whistles, and with the game being almost a year old, he really only has a place on the bench of new Player Teams.

He needs as much Strike Attack as possible, since it's all he can really do.

Because of the stat Buffs, this Equip is self-explanatory and required for any Extreme Blue Fighter.

EX Goku BLU’s farmable 7 star Z-Ability is still a good choice for very Strike-heavy Teams, but Saiyans more often than not can’t afford to keep him on the bench over multiple core Fighters.