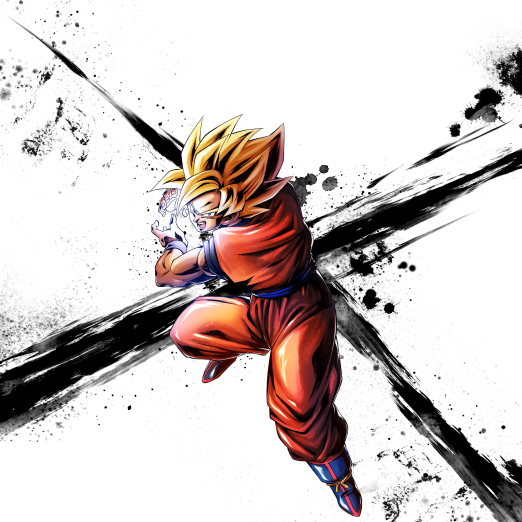 SP SSJ Goku GRN is based on the time he fought against SP PF Cell RED at the start of the Cell Games, and he’s brought along his infamous Instant Transmission Kamehameha.

While some of his moves are still unique, they are not game-changing anymore due to power creep. His Z-Ability does make him a good bench for Green Color Counter Teams.

Get Out of Jail Free Card

The reason SP SSJ Goku GRN  lasted as long as he did is due to his Cover Unique Ability. This move nullifies any Damage when this Fighter is cover-switched into a Combo.

While this can only be used once at first, activating his Main gives him another. He can stop a simple Combo and even save a Teammate from a Rising Rush in certain situations, giving him a huge momentum swing.

His Special Move is still one of the most annoying moves in the game due to how it can counter Enemy moves while simultaneously inflicting Damage.

It should be noted that this its Damage output is not that great anymore, and it can only really shine in Teams that can Boost his Offense, like Super Saiyan.

While the Super Saiyan Tag is his best option, he doesn’t synergize well with its Team Builds. His Z-Abilities Boosts Green Fighters and his Assist specifically Boosts Gohan, neither of which are common among Super Saiyans.

His stats have not aged well and with the multitude of powerful Fighters coming out, SP SSJ Goku GRN cannot afford to take many--if any--hits whatsoever. While he used to do very high Blast Damage, this is no longer as impressive.

His Strike Attack, which was a weak point from the beginning, is almost completely irrelevant now.

This is the only Team where he can be a relevant Offensive Fighters, thanks to SP SSJ Bardock BLU’s Damage Buff, which makes his unique Special Move a force to be reckoned with.

However, that’s about it for him here since none of his Abilities synergize with the other Fighters of this Tag other than SP SSJ Gohan YEL (who isn’t a popular choice anyway) and his awful Defenses make him really easy to defeat in general.

For these reasons, there are plenty of Fighters that can do better than him in this Team.

While the addition of SP Ultimate Gohan GRN makes him synergize more with this Team, SP SSJ Goku GRN is not a strong option here due to how outdated he is. He should be considered as a last resort Fighter in most Team Builds, but he’s a great option for the bench.

He Draws a Special Move Arts Card and is Ranged, making this is a must-have.

Strike Defense is always appreciated in this Meta, and SP SSJ Goku GRN gains yet another Equip that helps with his Blast Damage.

This Equip is absolutely perfect for him. Every Buff it gives, he can utilize.

His toolkit is no longer as impressive and SP SSJ Goku GRN has been power-crept. His stats are not great and his all Damage modifiers are non-existent to the point that he’s too weak to both take hits or dish them out against the newer Tanking Fighters.

He’s also burdened by his Z-Ability not being Saiyan and now his biggest attributes have fallen victim to a new Meta that makes them obsolete in most cases.