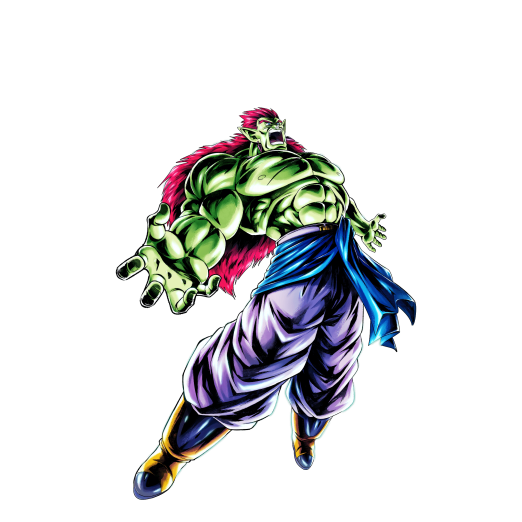 SP Full Power Boujack has finally made landfall in Legends, helming the wheel for Sagas Warriors. The Galactic Gangster takes the form of a resilient Melee-type bruiser with significant Support and Defensive Utility.

Nearly every Ability that the Full Power Menace possesses is designed to control the combat loop and negate the advantages of the opponent.

SP Full Power Boujack PUR is a premier choice for any Sagas From the Movies Tag Team. He acts as a Ki Battery, a Defensive and Offensive Pivot, a Crisis Fighter, and more. His Team options may be somewhat limited, but when he’s with his crew, he’s a monster.

SP Full Power Boujack PUR does just about everything. His Combos are deadly and extendable, as his Main Ability provides additional Damage output, Ki, and an extra Strike Card for the marauding captain.

Overall, he can very easily reach +100% total Inflicted Damage when his Crisis and Main Ability Buffs are both active.

Boujack Buffs his Teammates’ Damage by 25% for 15 Timer Counts when switching to standby, upping their overall output significantly. He’s the most important member of any Sagas Warriors Team.

Captain of the Combat Loop

To make matters even worse for his opponents, his Massive Damage-backed Special Move Arts can chain after his Cover Change perfectly. This lets him double down on his allies' advantages and negate those of his foes.

Even if he takes some punishment, he can heal all Attribute Downgrades and Abnormal Conditions when he enters Combat, and he Heals 30% of his Health when 40 Timer Counts pass - a brutal effect if properly planned for.

SP Full Power Boujack PUR is no slouch in the neutral game either, sporting a charging Special Arts Card with Blast Armor that seamlessly links into a Combo.

Boujack’s Main Ability is somewhat mundane, but in situations where the Green Swashbuckler needs a bit more Ki for a Special Move or desires some combo extension, it’s a great tool to have.

Unable to Hang with Others

SP Full Power Boujack PUR is only truly usable on the Sagas From the Movies Team, and even on that Team, Boujack is both a blessing and a hindrance. His Merciless Shield Unique Ability reduces ally Health by a flat 15% when activated, meaning that it must be used sparingly.

This Team's Damage, versatility, and comeback ability are all stellar. Underutilized Fighters like EX Zangya BLU and SP Goku GRN now warrant serious consideration as Core Fighters. SP Full Power Boujack PUR is a defining Fighter on this Team, and a premier counter for enemy Greens.

As far as other Defensive options are concerned, SP Goku GRN is a fantastic Defensive option that can easily mitigate enemy Combo effectiveness. In a metagame rife with Androids, his additional Blast Damage against the Tag is very helpful.

This Equip's Massive Damage Spike lets Boujack easily bulldoze through the opposition. Because his only real Team is Sagas Warriors, this Equip is always useful to have around.

This is one of the best all-purpose Equips for Sagas Warriors Fighters, and it's at its best on Boujack. He greatly appreciates the extra Damage and Defense.

This Equip fuels the pirate's Strike and Blast Damage, making him one of the more powerful all-purpose Damage Dealers on his Tag.

SP Boujack PUR was incredibly hard to deal with in his prime, but units in the Meta can actually deal with his iconic Cover much easier now. Despite this, it can still be utilized against teams that do not have these units that negate it, but there are just better options on Sagas at this point. He lasted quite a while, but is now a secondary or tertiary choice.