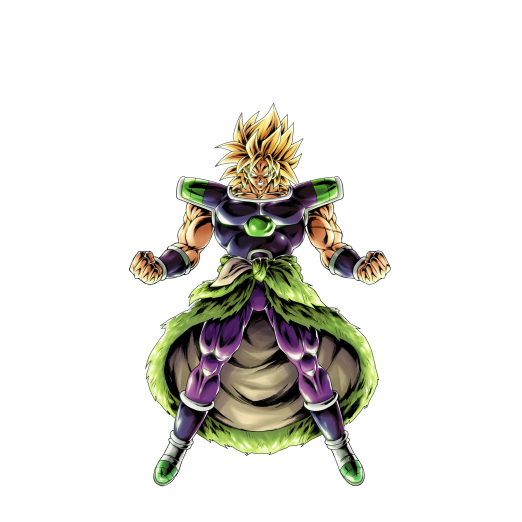 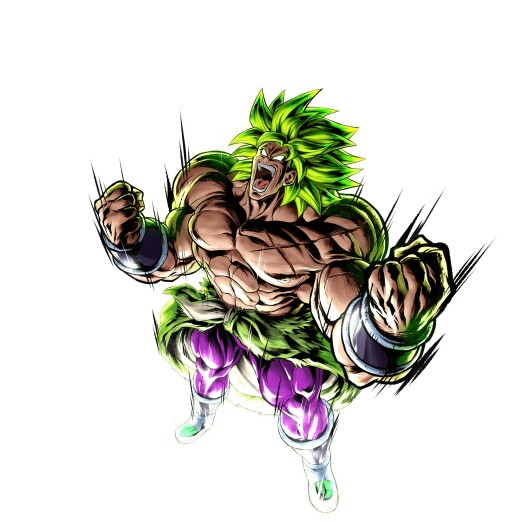 The first transformation Fighter to get released in Dragon Ball Legends, SP SSJ Broly PUR has received his long-awaited Zenkai Awakening and hopes to cause mass destruction alongside SP SSJ Bardock BLU and SP Super Gogeta RED to return Holy Trinity to the top of the PvP Meta.

His Zenkai Awakening was feared amongst the community as he could easily eclipse Zenkai 7 SP SSJ2 Youth Gohan RED. However, we do not have to be worried as they drastically held back on the upgrades that came along with his Zenkai Awakening, which some could even say, makes him underwhelming compared to other Zenkai’s that are in the game.

SP SSJ Broly PUR has one of the better mechanics that uses type nullification. He nullifies his type disadvantage against YEL Fighters up to four(4x) times just by entering the battlefield, two before transformation and 2 after transformation. With this, he can be a real menace against YEL Fighters and deal incredible amounts of Damage to them while also taking less damage than he would if he didn’t nullify type disadvantage.

As with all Fighters that have blast armor, SP SSJ Broly PUR has a superior neutral to most other Fighters in the game. He can actively control the field with his Blast Armor and force your opponent to proceed cautiously as to not get caught by it. It works well since he does get a buff when he takes Damage as well.

Even if the Match has gone long enough for SP SSJ Broly PUR to have a color disadvantage, by that time he’s prepared to activate his Main Ability after Transforming – Awakening Battle Thirst.

This draws him an Ultimate Arts Card. Not only does this do massive Damage, it comes with a 20% chance to inflict Faint. He can also ramp up the damage of his Ultimate by using either a Strike or Blast Arts.

Even though Broly doesn’t have any damage cut, he is still surprisingly tanky. He has one of the highest HP stats in the entire game and has around 180,000 for both defenses.

It’s safe to say that SP SSJ Broly PUR needs SP SSJ Bardock BLU by his side to be a formidable opponent. Without Bardock, it becomes clear that he isn’t the beast that he once was and as such, looks lackluster in battle.

SP SSJ Broly PUR’s toolkit is a weird one as it’s obvious that they want you to have him out on the battlefield for long periods of time however, most of his Damage unique abilities run out at the 10 timer count mark which isn’t very long at all. These two differences conflict with each other and it makes Broly’s damage inconsistent.

SP SSJ Broly PUR is now the best PUR Fighter for the Sagas From The Movies tag. He also provides a double Attack buff with his Z Ability. Even so, he doesn’t necessarily make the team that much better than before. He pairs well with SP Z7 Fury Broly RED as Fury Broly can provide a good amount of support for him and SP SSJ Broly PUR does have a Zenkai Ability for PUR Sagas From The Movies Fighters.

A must-have Equipment for Broly.

A HP Equip is a must-have for any Fighter. There are various HP Equipment for Broly, however Battle of Saiyans provides a Pure Buff vs Saiyans making it more valuable.

There are various Pure Equips to choose for the final slot. When ran alongside other Saiyans, this Equip provides a large Pure Blast Buff. Alternatively, a Pure Strike Equipment can be used here such as Mind Your Own Business, Tin Men!. On the Sagas Team, HAAAAA! can be used here.

SP SSJ Broly PUR just received what many perceived to be a daunting Zenkai Boost, but really, they didn't touch him much. He got some much needed Damage inflicted Uniques, some Ki on entry, and some cheaper Blast Arts cards, but he's pretty underwhelming even by recent, "balanced" Zenkai standards. They had to be very careful when Zenkai boosting this unit, and they were.

SP SSJ3 Goku PUR still keeps his spot on Saiyans effortlessly, but at the very least, SP SSJ Broly PUR can slot into the Bardock-led Super Saiyan Team as a decent Offensive pivot. On Sagas, he doesn't feel nearly as great.