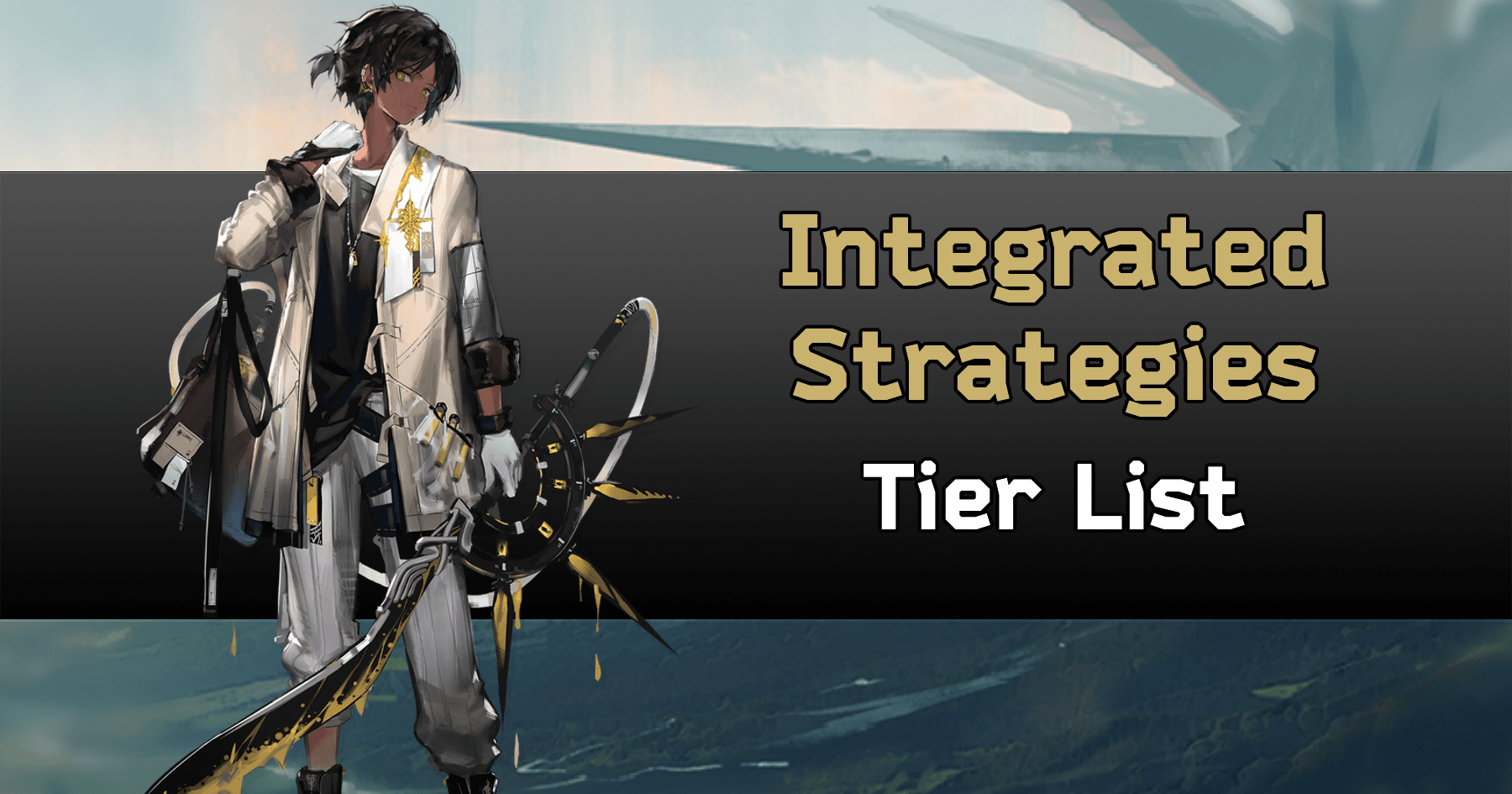 This is a Tier List for operator effectiveness in the [Integrated Strategies] game mode.

Filter by Class or Archetype

Extremely long range with powerful DPS and strong debuffs. Very stage and positioning dependant, but can solve entire stages if they have a good spot.

Generally weaker Caster options due to their high DP cost and low overall damage, but can perform quite well early on, and can scale to lategame with a bit of help.

More defensively oriented Caster archetype that can be used as bait for ranged enemies. Generally low impact due to their more passive nature.

Generic but strong options for ranged Arts damage that can fit in any sort of team. Usually paired with strong burst damage options, very useful to take down a plethora of armored enemies.

SP-recovery gimmick hurts this branch too badly to actually take advantage of their very powerful damage, making them poor options for Defenders, specially in comparison to other choices.

Defenders with very strong DPS options and self-sustain abilities, but that cannot be healed through regular means.

Easy laneholding capabilities with multi-target damage that can ease the DPS pressure off other Operators, though often not the best options available for pure laneholding.

Generally not a notably powerful branch in general, with a couple of very notable exceptions. Okay option for Melee Arts damage.

Extremely cheap deployment cost makes them a great option for the early game, though (with one clear exception) they tend to suffer heavily against armored enemies due to their low Attack stats.

Categorized by very high HP and Attack values, their main usage is taking down prioritary threats quickly before they can approach other Operators.

Very powerful potential damage and high survivability, though being more gimmicky than other Guard branches often restricts their usage heavily.

Very strong, versatile and diverse branch with powerful options for both laneholding and burst damage. Viable choice in all scenarios due to their increased range.

Generally secondary priorities to further buff stronger carry Operators, though certain ones can perform quite well on their own.

Powerful sources of healing that can support multiple Operators and lanes without much issue.

Single-target Medics have stronger heals than their multi-target counterparts, but aren't able to easily support multiple operators under fire at once. Still, they can easily take care of single lanes or multiple ones with low pressure enemies.

Unable to attack aerial enemies even though they must be deployed on ranged tiles, making them weak against Neural Drones. Can output massive physical DPS against ground threats, specially if they are able to be blocked.

Generic ranged physical damage options with great versatility. Can take down enemies with low Defense with ease and snipe down dangerous drones from the distance.

Slower, more expensive to deploy ranged Physical options with splash damage and high Attack stats. Their large range can come in handy to take out dangerous threats from afar.

Short-range alternatives to ranged Physical options with great true AoE damage and Defense ignore. Costly to deploy, but they pack a punch if placed correctly.

Snipers with unconventional but quite large range that focus on delivering very strong hits to faraway enemies, often with some sort of Defense penetration.

Ranged Physical Operators with massive range. Can take down dangerous threats from very safe positions away from their attack range and deliver powerful hits.

Support-oriented Melee Operators with high survivability thanks to their low aggro level and disruption-oriented Skills. Often with low DPS and versatility, must support other Operators to work well.

Very low cost and quicker redeployment timer make Merchants great and very versatile options for IS. They can be used to great effect for combat, as well as like Executors to take care of threats outside the main lanes of each map, which are really common. They also perform quite well as baits for the few occassions that might require it.

Powerful and versatile Operators owing to their extremely low redeployment timer. Can be used to bait attacks, block enemies for a short while or even deal high damage in some cases.

Support Operators designed to pull enemies into holes to instantly kill them. Generally not as viable in IS due to the lack of holes in maps.

Support Operators designed to push enemies into holes to instantly kill them. Generally not as viable in IS due to the lack of holes in maps.

Self-damaging Operators with powerful buffing capabilities. Generally not as usefull in IS as the gamemode provides those buffs by itself.

Support Operators that do not attack and instead focus on providing other Operators with strong buffs (both offensive and defensive) and regeneration. Good option for rosters that already include powerful Operators.

Supporters characterized by their ability to slow enemies down, often to a crawl, so other enemies can take care of them at their own pace. Despite their archetype name, none of them can inflict Bind.

Like the Pioneers, Chargers tend towards being inefficient uses of Hope for likewise similar reasons. However a few of them stand out thanks to their raw power.

Standard Bearers are, all around, the best Vanguard options. With one exception (Bagpipe), the utility on Standard Bearers holds much more value for a successful run compared to any other Vanguard archtype.

The quintessential standard that most people think about when thinking of Vanguards, Pioneers end up usually being an inefficient use of Hope. Their main value, in being cheap early fighters, has limited value in the mode and they don't have the utility or power to match the other top-tier Vanguards.