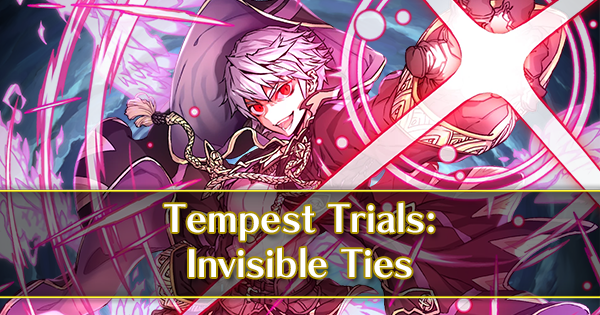 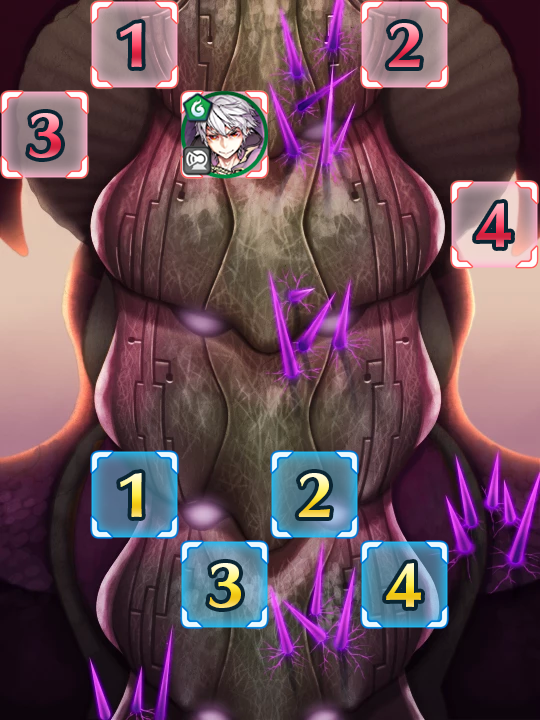 If you include a bonus ally on your team, you can increase your score. If you add multiple bonus allies, only the highest bonus will apply. Bonuses do not stack.

This special event contains a series of maps you must fight your way through from beginning to end. Losing does not mean game over, as you can retry with a second team. At the end of each round, points are received based on clear speed, survivability and bonus units. Your total points are tallied and used to unlock various rewards, many of which are exclusive to the Tempest Trials. Additionally, there is a player ranking with large feather rewards given to those with the highest scores.

Thanks to the 2.0 update and forging, staff-users are stronger than ever and are highly recommended for all kinds of teams. They are by far the most reliable and powerful healers available, and can also provide strong chip damage to neutralize strong threats.

There are a few types of builds which can be used to heal teams without using a dedicated healer. The first of these is the “Renewal Medic”, a build type which relies on healing from Renewal and the legendary weapon Falchion. Reciprocal Aid is a must-have skill to ensure clean transferral of health to allies. Forging Falchion greatly increases the healing from this type of build. Keep in mind that Chrom(E)'s Sealed Falchion does not provide healing unlike other Falchions, and cannot be forged.

Lastly, there is the "sustain tank" build. With a cooldown -1 weapon such as a Slaying Axe, Steady Breath, Quick Riposte and Aether, a unit can charge and fire off their special every round of combat keeping their health topped up over a long time.

These are some of the most potent allies for Tempest Trials, offering both safety and speed to your run. In short, they are great for all the usual reasons, but are affected by their low combat stats, which can hold them back. Due to team limitations, if you choose to field a dancer they must be a respectable combat unit in their own right, with either a full build or something close. Olivia is both freely obtained and a bonus unit, making her the best choice of dancer for these Tempest Trials.

One of the fastest ways to clear the Tempest Trials is with a powerful ranged attacker wielding a Brave bow or Blade tome. Combined with a buffer or dancer, they can destroy most units in the trials with ease once they are under the Desperation threshold. Nino, Linde, Rhajat, Tharja, Katarina, L'Arachel, Ursula, Brave Lyn and Reinhardt are all common choices. Morgan(M) is a stellar offensive unit with his great Attack and Speed. Morgan(F) requires some skill inheritance but can also do well with her great Attack. Chrom(E) does not fit the typical sweeper archetype, but his Sealed Falchion has great synergy with skills such as Desperation and Brash Assault.

The boss of the Tempest Trials this time is Grima. He has exceptionally high stats as an armored dragon, making him very tough to take down without a specialist unit. As he possesses the skill Vengeful Fighter, many Autobattle teams often have trouble as they will recklessly initiate into him, allowing him to hit twice despite his lower speed. His Distant Counter and ability to hit ranged units on their defense make him a tough customer to handle. Beware extended engagements with him, as with his Ignis charged he promises to KO nearly anyone who dares attack him. However, some units that perform well against him are:

Balance team and bonus from Morgan.

Elincia is the main Heavy Hitter and your main way of dealing with Grima (Assuming she hasn't taken any prior damage before fighting him). You can run drag back to help her get in range of your dancer or retreat to safety.

Female Morgan with QR is pretty good. This can work even if she's -Attack.

Azura should run a speed Hagoita to prevent doubles and triangle adept to be a soft check to some blues.

Tana can be a defensive check with Vidofnir, Renewal, and Close Def seal.

Make sure you have the appropriate flier buffs.

Also, this is no auto battle team. You have to be on your toes and play carefully.

Morgan takes out pretty much anything, with Inigo to dance her so that she can move out of harms way, or just go destroy another enemy. Priscilla also takes out enemies, while healing as needed. Masked Marth is only there to take out Grima and a few green units that Morgan can't deal with.

Note: this team can also be used on auto battle, and tends to do pretty well.