Ultra Space Time Rush remaining tickets
@Yukisuga wrote: I’ve completed all 5 rushes from this…
Need Help In Team
@dales86 wrote: Hi there. I’d love some help in making a…
Please Adjust the Fighter Calculator for Zenkai Characters
@Monkapotamus wrote: I understand the stance you have taken…
I need help pls
@M.K wrote: Whats the most effective way to get more stars…
Need help building a team of any kind since i dont know how to
@mrkoss wrote: Here are all my characters (more in replies)…
Read More
GamePress 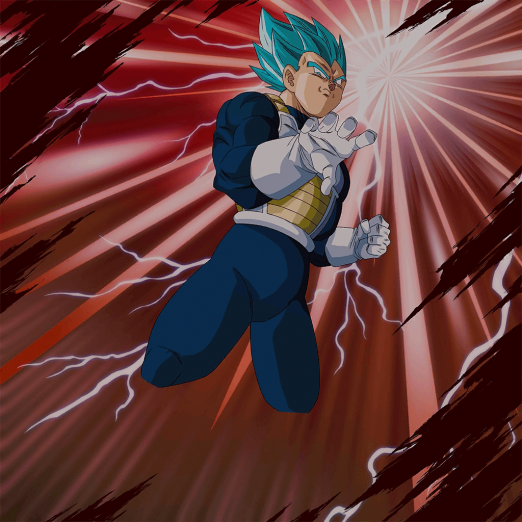 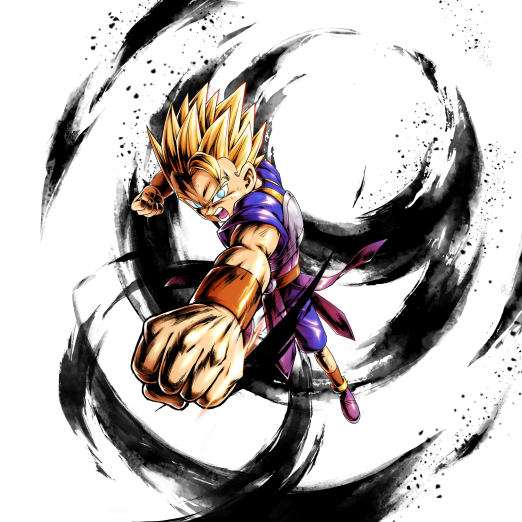 SP SSJ Cabba GRN is a Support Type Fighter, however part of his toolkit also Boosts Offense when he’s on the field, making him quite balanced.

While his main should be to Support the Team, he is a self-Buffer, effectively reducing his overall usefulness.

His Team options are limited at the moment, as the Universe 6 Team Synergy depends on high-level Z-Abilities and the PVP strength of a Green color counter Team potential is reduced by the popularity of strong Purple Fighters in the Meta.

Having good Defensive stats is important for Support Fighters to be relevant in this Meta, as some of the most popular Purple Fighters like SP SSJ Broly PUR and SP SSJ2 Caulifla PUR have deadly Damage potential and can take out many Green Fighters with a single Combo.

Despite being a Support Fighter, his Blast Damage is good thanks to his Diligent Effort Unique Ability that Boosts his Blast Attack depending on how long he’s been on the field.

This is very great since the Boost amounts to 70% after just 6 timer counts, and only drops by 20% after 20 timer counts, which is longer than SP SSJ Cabba GRN will spend on the field most of the time. A 70% Boost, combined with his already decent Stats, make his Damage potential dangerous for anyone he lands a Combo against.

While the current state of the Meta doesn’t generally favor his toolkit, SP SSJ Cabba GRN’s Support options are decent and could prove to be more useful in the future Universe 6 Fighters are released.

His Assist Unique Ability Boosts Strike Damage by 40% for every Vegeta variant and Universe 6 Fighter for 15 timer counts after switching out. This is a strong Buff, as Strike Cards have the highest Damage potential in the game, especially during Combos.

His Extra Move also Boosts Teammate Damage by 25% for 30 timer counts, which is a lot of time. This fact makes the effect potentially stackable, for the possibility of even higher Damage Buffs.

Despite being a Support Fighter, SP SSJ Cabba GRN’s Main Ability only Heals him, while canceling Attribute Downgrades and Abnormal Conditions for Teammates.

Some of the best Support Fighters like for SP Mai GRN, have Team-Healing, which is a very useful and can entirely change the outcome of a Fight. This has made it basically essential in PVP and for SP SSJ Cabba GRN to lack that Support staple makes him less viable.

While SP SSJ Cabba GRN has the tools to be a decent Support Fighter in Damage oriented Teams, his value gets significantly lowered by the lack of Teams he can currently fit into.

The optimal option would be to make a Universe 6 Team around him. However this Tag is very limited and there are only a few Z-Abilities Buffing it, which are mostly limited due to high Z-Level requirements.

The other option would be to make a Green color counter Team, as his Z-Ability provides a Health Buff for that color, but the presence of very strong Purple Fighters in the Meta makes such a Team Build very risky.

At this point in the Meta, the only reliable option for this Tag is to put SP SSJ Cabba GRN, SP SSJ2 Caulifla PUR, and SP SSJ Berserk Kale RED at 5 stars in the core.

They have good Synergy and the bench can be filled with Saiyans and SP SSJ Cabba GRN’s Damage Buffs Match perfectly with the other two Fighters.

SP SSJ2 Caulifla PUR can really benefit from his Strike Buffs, as this Fighter currently has one of the highest Strike Attack stats.

SP SSJ Cabba GRN’s Assist Unique Ability Boosts Vegeta variant Strike Damage and for this reason a Fighter like SP Vegeta GRN, who specializes specifically in that kind of Damage, is a perfect Teammate for SP SSJ Cabba GRN.

However, while this option would normally be competitive, it really isn’t viable at the moment, since using two Green Fighters in a Team is very dangerous in the current Meta, due to the how many strong Purple Fighters and reliable Purple color counter Teams are in PVP.

SP SSJ Cabba GRN is a Support Fighter, but he has a good Blast Attack which can be further increased with his Unique Ability. Health from this Equip will help to keep him alive Damage dealing and Support.

An Equip that can give 20% Blast Attack should always be considered for a Ranged Fighter.

SP Cabba GRN got a lot of help with the release of this Equip due to the potential 20% Blast Attack.

Ultra Space Time Rush remaining tickets
@Yukisuga wrote: I’ve completed all 5 rushes from this…
Need Help In Team
@dales86 wrote: Hi there. I’d love some help in making a…
Please Adjust the Fighter Calculator for Zenkai Characters
@Monkapotamus wrote: I understand the stance you have taken…
I need help pls
@M.K wrote: Whats the most effective way to get more stars…
Need help building a team of any kind since i dont know how to
@mrkoss wrote: Here are all my characters (more in replies)…
Read More
Menu