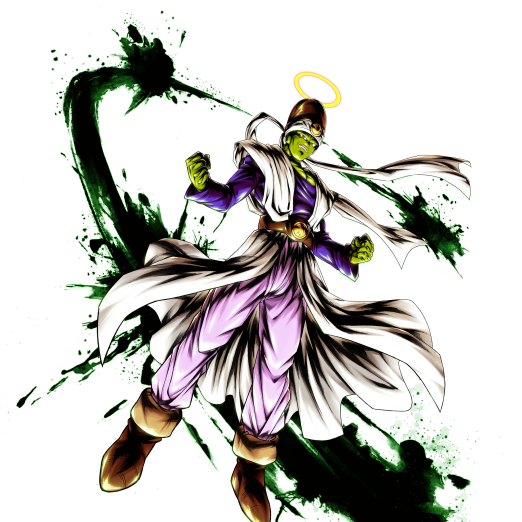 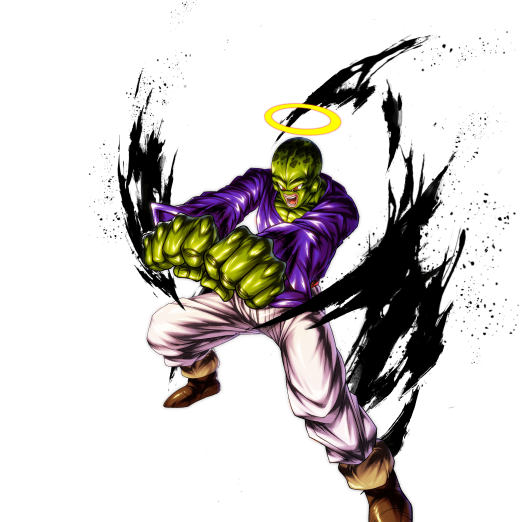 In a brave act of self-sabotage and in the spirit of meta ignorance, Bandai decided to release SP Pikkon RED alongside his enhanced Super Saiyan rival, SP Super Kaioken Goku GRN. To call SP Pikkon RED bad is a fantastic understatement. The only way to properly contextualize SP Pikkon RED's place in the Meta is to set the stage.

It is 2 months after the 1st Anniversary. Players are waiting for the announcement of the next Fighter Balance Update, Stars cap at 7, and SP Super Vegito PUR is running rampant. Though the release of SP Angry Goku BLU and SP Full Power Frieza YEL slowed him down somewhat, he still dominates the ladder as the strongest Fighter in the game.

To freshen up the Meta and add some new blood to underrepresented Tags, imagine for a moment that Bandai releases a Legends Rising Banner starring SP SSB Goku YEL, and SP Hit GRN. Players en masse laugh and instantly decide to save their Chrono Crystals. Though the Goku is decent, his bannermate is a Fighter with no decent Tags, and only Supports a Color Counter Team that gets directly countered by Vegito.

This story should start to sound eerily familiar. This is not the story of SP Hit GRN; after all, Hit was Yellow, and because of that, he was quite powerful when he initially released. This is the story of SP Pikkon RED, who, for some baffling reason, has no decent Tags and only Supports a Color Counter Team that gets directly countered by a brand new, more oppressive Vegito.

While he is not viable, SP Pikkon RED's toolkit is functional in a vacuum. He can reach high Inflicted Damage totals when fielded alongside Red, Green, or Purple Fighters, and can reduce his foe's Vanishing Gauge to 0%, setting them up for an enhanced Special Move follow-up. His high stats post-Transformation and permanent Buffs give him staying power in the late-game.

Everything beyond Pikkon's toolkit is what holds him back. His Element, Teams, and Equips all leave him floundering for relevance. Perhaps if he was Green, we'd be able to make positive comparisons between him and SP Hit YEL, but because he's Red, he'll likely stay irrelevant for the entirety of the game's lifespan.

From battle start, he gets 45% Damage Inflicted Permanently, assuming his Team is comprised of Red, Green, and Purple Fighter and -6 Strike and Blast Arts Cost. On Transformation he obtains a 30% permanent Damage Buff, and he gains a 40% Blast Damage Buff from his second Unique Ability.

Essentially, once Pikkon Transforms, he's able to fire off discounted Arts Cards with +75% Damage Inflicted and +40% Blast Damage active at all times.

Luckily for everyone playing Dragon Ball Legends who had their savings wiped out by the 2nd Anniversary, SP Pikkon RED and his partner-in-crime, SP Super Kaioken Goku GRN, are not going to force anyone to break the bank. Both Fighters are clearly outclassed by their readily available contemporaries.

The context of the Meta is such that the usage of Red Fighters is inherently disincentivized. To justify the existence of a Fighter who requires usage alongside Red Fighters in order to be optimized, they would need to be comparable to the strongest Zenkai 7 Fighters in terms of strength, or at least be able to negate Element Factor Disadvantage.

SP Pikkon RED is nowhere near the level of the former and he desperately wishes he had the latter, resulting in a Fighter with no clear Team to call his own.

SP Pikkon RED's main Team may be bad, but it is still competitive to some degree. Barely.

Pikkon strives alongside Ranged Fighters, so he unsurprisingly works well with his fellow disappointment SP Super Kaioken Goku GRN. Rounding out this Team of misfits can be accomplished by any number of masochists.

For example, SP SSJ2 Youth Gohan RED is an interesting choice. While he may not Buff Pikkon, he can activate his full power Father-Son Kamehameha if Goku falls in battle, and he even has access to Element Disadvantage negation.

If a player wanted to disregard this R/R/G idea altogether though, a wise choice, SP Fusion Zamasu PUR is a fantastic choice to run alongside Pikkon. Though Zamasu gets no Support from this Team, he does increase Pikkon's Blast Attack marginally with his Powerful Opponent-Buffing Z-Ability, and triggers Pikkon's Unique Ability that is contingent on being used alongside Red, Green, and Purple allies.

This should be good

SP Pikkon RED’s release was almost as nonsensical and strange as the appearance of his head. Red Fighters already had a hard enough time in the Meta as it is with SP SSGSS Vegito BLU running the show, but to give SP Pikkon RED a barren wasteland of Tags and Red Color Counter synergy on top of it has made him completely dead on arrival. At the very least, he's a bench spot on the Super Warrior Team.