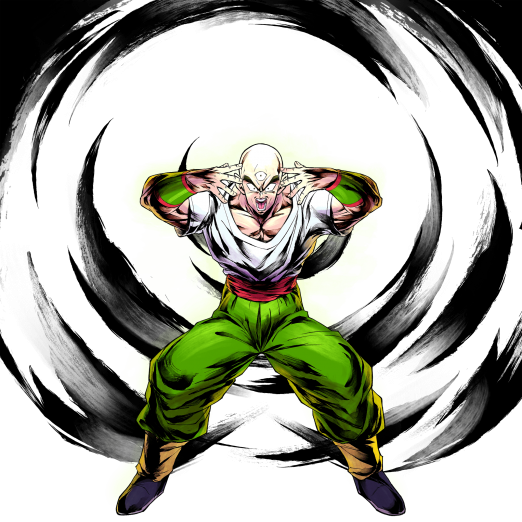 Super Warriors are always a hard sell if they lack other viable Tags. Because of this, they’re usually bench fodder for their color-locked Z-Abilities and EX Tien RED doesn’t do much to deviate from this.

His toolkit is actually pretty impressive with some Enemy Arts Card Debuffs, and his stats are average but competitive.

But with power creep being what it is, his long-term utility is on the bench.

EX Tien RED has some issues with Synergy, but he’s still a very Supportive Teammate. He Buffs Red and Green Strike Defense after 5 stars and his own Damage is Boosted to 30% when all three Teammates are still alive.

With three different Moves related to Enemy Arts Cards, EX Tien RED is great at keeping the Combat Loop on his side.

His Main Ability decreases their draw speed by 1, their Strike Arts Cards cost an additional 10 Ki when he enters the field through his Intimidate Unique Ability, and his Flash Extra Move destroys their entire hand.

Being a Super Warrior really hurts this Fighter since the majority of those within this Tag are old and/or fellow EX Rarities. DBL has done a lot to diversity the Meta, but until we see some legitimate SP Super Warriors, EX Tien RED’s utility is mostly limited to the Color Counter Team bench.

Most Fighters with Flash or Paralysis are able to use it at long range. A mid-range non-AOE Attack like what EX Tien RED has is difficult to pull off as it means keeping still while the Enemy dashes forward to initiate a Combo or Rising Rush.

This can be especially dangerous in PVP there issues with lag are still quite common.

While a spot on the core isn’t completely out of the question, this is one of the more viable color counter Teams so there are tons of better options available.

That being said, he’s still a valuable bench member and potential core pick since his toolkit is useful and his stats are competitive, if average.

EX Tien RED is a solid Fighter but only so long as all his buffs are hitting, which means he needs to be frequently swapped in and out. This isn’t usually a bad thing, but his Double-Team Unique Ability relies on everyone in the Team staying alive. His double color Z-Ability is really useful, but it's hard to say he has a 'home' where he can help fend off any relevant Teams.